In the center of Kiev there have been clashes between police and nationalists which has entered the so-called Veche, on the Day of dignity and freedom, writes, “112.Ukraine”.   According to eyewitnesses, people rushed to the European square, when radicals began to urge them to bring tires. Police apicalis to stop the “activists” who wanted to get from downtown to the stele of the tire.   “For 10 minutes increased the number of law enforcement officers, they were about 500-600,” said the correspondent of the publication.   Of the detainees is still unknown, but on an improvised stage continue to be the leaders of the nationalists, the people Podoroga flares that also provoke police officers. Photo: Zly Urbanist/Twitter

END_OF_DOCUMENT_TOKEN_TO_BE_REPLACED

The source said details about those killed in the fire at the construction site near Tyumen MOSCOW, Nov 19 — RIA Novosti. All seven died in the fire in the train-shed at the construction site of the poultry farm in the Tyumen region are citizens of Tajikistan, told RIA Novosti a source in the emergency services of the region. Earlier it was reported that seven people were killed, three injured in a fire that occurred the night at the construction site of the poultry farm “Absolut agro” seven kilometers from the village Yurginskoe. The fire area was 32 square meters, its cause is established. “Seven dead, three hospitalized — the citizens of Tajikistan”, — said the Agency interlocutor. According to him, the fire was extinguished in the Saturday night at 00.04 GMT.

END_OF_DOCUMENT_TOKEN_TO_BE_REPLACED

In Russia, reform the service of psychological assistance to students About the need for change started talking after the tragedy in the Pskov region, where two teenagers fired at a police car and killed himself. Moscow. 21 Nov. INTERFAX.RU — After the incident with the death in the Pskov region two youths fired on police car, Russia to hold reform services of the school of psychological help, said the Vice-Premier of the Russian government Olga Golodets. “To change the entire service psychologists — that is our task. To give it a completely different professional filling and lay the other methods of working with parents and with teachers and directly with children,” Golodets told reporters on Monday, answering a question of Interfax. She explained that we are talking primarily about school psychologists. The reform programme will be prepared after the study of the statistics of teenage suicides in Russia, which will

END_OF_DOCUMENT_TOKEN_TO_BE_REPLACED

Vladimir Putin was photographed in the Peruvian Cape in Lima The presidents of Russia and the USA during the ceremony of the “family photo” was in the second row, close to each other. Moscow. 20 Nov. INTERFAX.RU — the President of Russia Vladimir Putin at a summit of the Asia-Pacific economic cooperation (APEC) in Lima participated in the ceremony of photographing, identifying national Peruvian Cape. The summit has already held the first working session, after which the ceremony of the “family photo”, then there will be a second working meeting. By tradition, the leaders wear the outfits of the host country. This time the guests tried on traditional Peruvian poncho sand-colored llama wool. Putin at the ceremony stood in the center of the second row. In the same row, closer to the edge, stood and President Barack Obama.

END_OF_DOCUMENT_TOKEN_TO_BE_REPLACED 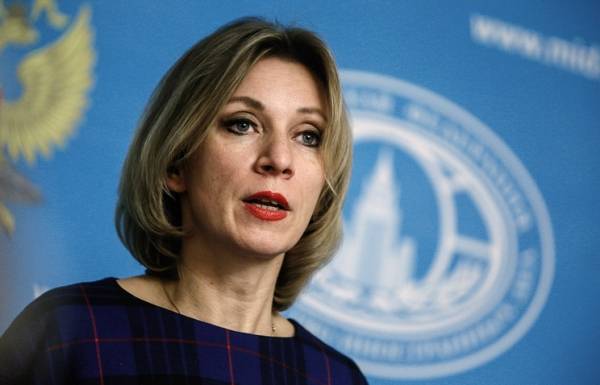 © Alexander Shcherbak/TASS The official representative of Russian foreign Ministry Maria Zakharova said being on the list of the 100 most powerful women in the world according to “bi-Bi-si”.

END_OF_DOCUMENT_TOKEN_TO_BE_REPLACED 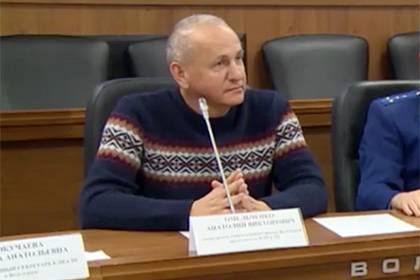 Anatoliy Omelchenko The Deputy head of administration of Volgograd Anatoly Omelchenko, left his post after the scandal associated with the children’s sports school. It is reported portal V1.ru. He Omelchenko claims that his resignation is not connected with the critical statements addressed to the students of the school of ballroom dancing. Commenting on the decision on his dismissal, Omelchenko said that he was slandered. Parents of young dancers signed a petition demanding the resignation of the Vice-mayor. She has gained about 4.5 thousand signatures. Its authors are outraged statements Omelchenko of ballroom dancing. In particular, he claimed that he doesn’t like “the boys go with slick hair and protruding Asses.” “Every dance must be based on the gender relationship, and here the boys separately, girls — separately. They do not interact, do not overlap views. In addition, children in their costumes and hairstyles are similar to adults”, — shared his

END_OF_DOCUMENT_TOKEN_TO_BE_REPLACED 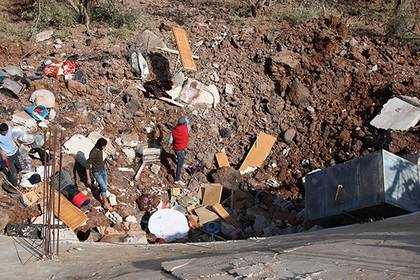 At least 10 people were killed in the air strike caused by aircraft of the US-led coalition in the Syrian province of raqqa. It is reported by the Agency SANA. Air strikes were inflicted on the village of As-Sahalia, which is a factory for processing cotton. In the attack the three employees of the company sustained fatal injuries. Also among the victims, a man and a family of six, including children. As told by witnesses, many local residents were injured. November 10 this year, the official representative of the Central command (CENTCOM) of the Armed forces of the USA Colonel John Thomas reported that airstrikes from the air force (USAF), the United States in Syria and Iraq from November 2015 to September 2016, killing 64 civilians, eight people were injured. Two weeks earlier the human rights organization Amnesty International has published data showing that victims of air strikes by the

END_OF_DOCUMENT_TOKEN_TO_BE_REPLACED

Photo: © RIA Novosti. Alexei Druzhinin MOSCOW, Nov 19 — RIA Novosti. The Russian defense Minister, army General Sergei Shoigu congratulated servicemen and veterans on the Day of missile troops and artillery and noted the bravery and fortitude of missile and artillery. Day of missile forces and artillery celebrated in Russia on Saturday. “Military annals of our country holds many examples of great courage and indomitable strength of the rocket troops and artillery, the enemy showed a menacing force of Russian arms,” — reports the words of Sergei Shoigu, the Department of information and mass communications of the Russian defense Ministry. Shoigu also said that the missile troops and artillery responsibly perform assigned tasks, reliably protect Russia’s national interests, and successfully develop new technology, improve training and military training. In proof of this the Minister of defence noted the results shown in the strategic exercises “Caucasus-2016”. “High combat readiness of

END_OF_DOCUMENT_TOKEN_TO_BE_REPLACED

The an-70 © Marina Lystseva/TASS KIEV, November 21. /TASS/. Lawyers of the Ukrainian state enterprise “Antonov” studying the possibility of appealing the decision of Arbitration court of Moscow on recovery of damages in favor of the Ministry of defense of the Russian Federation for breach of contractual obligations. About it the correspondent of TASS reported the press service of “Antonov”. “At the moment the question of the appeal of this solution is developed by experts of the legal Department of SOE “Antonov”. Additional comments can be provided only after receipt of SOE “Antonov” full text judgment”, – said the press service.

END_OF_DOCUMENT_TOKEN_TO_BE_REPLACED

In Moscow were shooting one of the most ambitious episodes of the film “Crimea” Director Alexei Pimanova. One of the actions the script takes place on the Maidan during the infamous riots in January 2014. Especially for those shooting at the suburban site was built life-size scenery elements of buildings, sidewalks and even the colonnade in front of the main entrance to the stadium “Dynamo”.   In the mass shooting took part dozens of people. Clashes between the relative “Berkut” and radicals were as realistic as possible – the actors playing law enforcement officers, really threw Molotov cocktails, and they in return used batons.   These shooting almost finishing – work on the iconic painting “Crimea” about the events of the “Russian spring” on the Peninsula comes to an end. President of the media holding “Red star” and Director Alexey Pimanov, who began to shoot a movie in March of