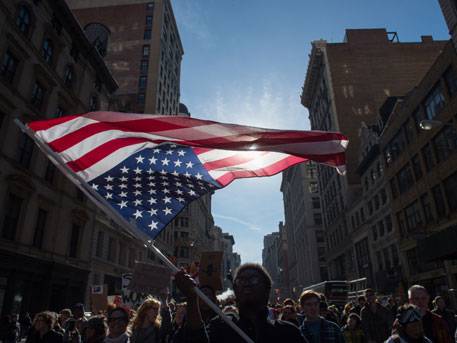 Mass protests against the elected President of the USA of Donald trump, held in several major us cities, Finance organization Progress Unity Fund. It is reported by news portal the Daily Caller. Material transfers RIA Novosti.   Progress Unity Fun – it is a charity. His mission organization sees “providing progressive alternatives to mainstream philanthropy”.   As the newspaper notes, the Fund is sponsoring a coalition of many human rights organizations to ANSWER. It activists began to organise protests after the victory of the trump in Chicago, new York, Washington, San Francisco and other cities.   According to information which has the Daily Caller, ANSWER asks the next financial support from their supporters for the next protest. Thus, the participants of the organization intend to organize demonstrations during the inauguration of the new US President on 20 January 2017.   The election of the American President took place on 8

END_OF_DOCUMENT_TOKEN_TO_BE_REPLACED

The mayor of Yuzhno-Kurilsk arrested for abuse in the housing Against the mayor of the South Kuril city district on the basis of materials of the FSB instituted criminal case, according to the website of the investigative Committee of Russia in the Sakhalin region. According to investigators, the suspect, in the course of implementation of the municipal program for providing the population with housing concluded the municipal contract with the company Bigsun on the acquisition until 31 March 2016 104 apartments in four 26-apartment residential buildings. The contract price amounted to more than 454 million rubles. Under its terms, the buyer transfers to the seller a prepayment of 30% of the contract price after completion of the initial phase of construction of residential houses, purchased apartments. The suspect then unlawfully signed a supplementary agreement, which provides for the possibility of prepayment without fulfilling the conditions for the start of construction.

END_OF_DOCUMENT_TOKEN_TO_BE_REPLACED

The state Duma rejected a bill to cancel the exam The proposed changes will not be able to provide an independent assessment of knowledge and its objectivity due to the lack of clear criteria in this procedure and strengthening of the human factor, considered in Committee of the state Duma. MOSCOW, 11 Dec — RIA Novosti. The state Duma rejected in the consideration in the first reading introduced by deputies of LDPR the bill, which proposes to abolish the unified state exam (use) as a graduation and admission to universities. “With the introduction of the form of the exam meant that the exam will eradicate corruption and ensure effective and impartial verification of knowledge of graduates. Currently, however, it is evident that the education reform that began in 2002 with the introduction of the exam, do not bring results, which would have to be expressed in high quality of knowledge

END_OF_DOCUMENT_TOKEN_TO_BE_REPLACED

In the US the third night, there are protests against trump MOSCOW, 12 Nov — RIA Novosti. Opposed to the election of Donald trump the next President of the US is going third night in a row in several cities of the country to Express their protest, reports Reuters. 11фотографий11фотографий11фотографий Thousands of disgruntled controversial trump rhetoric against immigrants, Muslims and women took to the streets of their cities after dark on Friday. It clarifies the Agency, the main foci of the protests were Miami, new York, San Francisco, Atlanta, Philadelphia and Portland. Events also took place in Washington and Los Angeles. Protests in U.S. cities began on Wednesday, the day after the presidential election. In some cities such as Los Angeles and Portland, the peaceful demonstration turned into a riot, the police took appropriate action. It is reported that for three days the police detained several hundred people. #Trump protest

END_OF_DOCUMENT_TOKEN_TO_BE_REPLACED 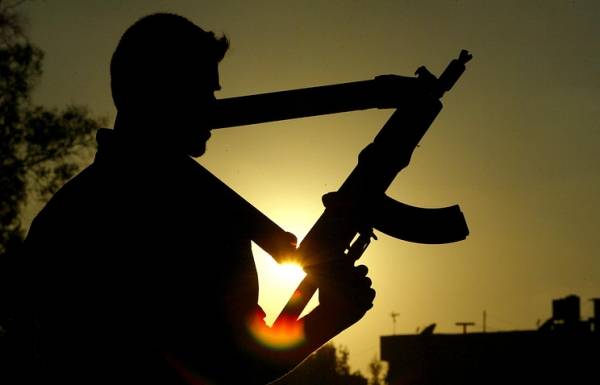 © Abid Katib/Getty Images MOSCOW, November 11. /TASS/. The concept of “international terrorism” is constantly transformirovalsya, while the US is trying to blur. This was stated by Deputy Minister of foreign Affairs of Russia on combating terrorism Oleg Syromolotov.

END_OF_DOCUMENT_TOKEN_TO_BE_REPLACED 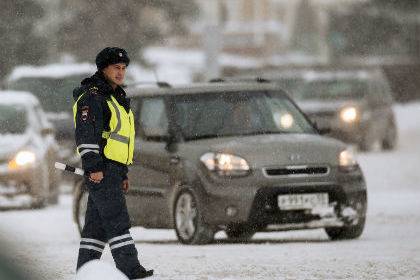 A car crashed into a tram stop near the house №7 on the highway of Enthusiasts in Moscow, where he knocked people. About this TASS in law enforcement bodies of the capital. According to the source, the result of an accident involving a taxi nine people injured. At the scene there are several ambulance crews, rescue workers and traffic police. — Mistress☽☾Alisa (@Lisogumma) 13 November 2016, 14:52 Cause of hitting the stop could be speeding in icy conditions, told the Agency in law enforcement agencies. A source in law enforcement bodies told “Interfax” that, according to preliminary information, taxi flew to a stop in the accident involving several cars. From 11 to 12 November in the capital amid heavy snowfall and icy conditions was almost 900 accidents. 24 accident 26 people were injured.

END_OF_DOCUMENT_TOKEN_TO_BE_REPLACED 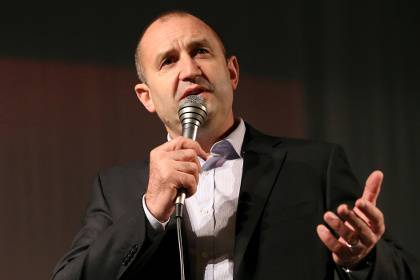 Rumen Radev In the second round of the presidential elections in Bulgaria is leading opposition candidate General rumen Radev. It is reported RIA Novosti with reference to declared on air of TV channel Nova TV according to the exit poll at 19:00 (20:00 GMT). Opposition politician gaining 58.1 per cent of the votes, while the candidate of the center-right party GERB Tsetska Tsacheva — 35.3 per cent. 6.6 percent voted against all. Radev was nominated for the presidency by an initiative Committee, headed by the party of socialists of BSP. In the first round held last Sunday, November 6, none of the candidates received more than 50 percent of the vote. In addition Radeva Tsacheva and the election was contested by 20 candidates. According to the Constitution of the Republic, the post of President is largely ceremonial. The President can influence public opinion and endowed with the right of veto

END_OF_DOCUMENT_TOKEN_TO_BE_REPLACED

Photo: Lenta.ru Russia has supplied in Aleppo more than 100 tons of humanitarian aid, while the USA has not delivered the Syrians “bread crumbs”. As reported TASS, said the defense Ministry spokesman Igor Konashenkov. He commented on the words of the representative of the state Department of the USA John Kirby about the futility of the humanitarian pause. “In recent months in Aleppo, we delivered more than 100 tonnes of essential goods. All this was experienced by all residents, with no restrictions on the Western or Eastern part. The state Department at this time is not delivered to the Syrians, which are supposedly baked, no bread crumbs,” said Konashenkov.

END_OF_DOCUMENT_TOKEN_TO_BE_REPLACED

© Dmitry Rogulin/TASS YEKATERINBURG, November 13. /TASS/. The flamethrower of the Central military district (CVO) are preparing to take part in a new army competition “White sun” in which soldiers will compete in the mastery of flamethrower systems of various types, including heavy. On Sunday, told journalists the head of the troops of radiation, chemical and biological protection (NBC) district, General-major Valery Vasiliev.

END_OF_DOCUMENT_TOKEN_TO_BE_REPLACED

In the Internet published a video of a powerful earthquake in New Zealand. The footage shows how the result of the tremors crumbling two-storey house.   Earlier it was reported that in New Zealand, a powerful earthquake of magnitude 7.8. Messages on victims did not arrive yet. But we already know that there fracture – damaged homes.   On the East coast of New Zealand declared a tsunami threat.   Video: Risal_love_Rk/Twitter