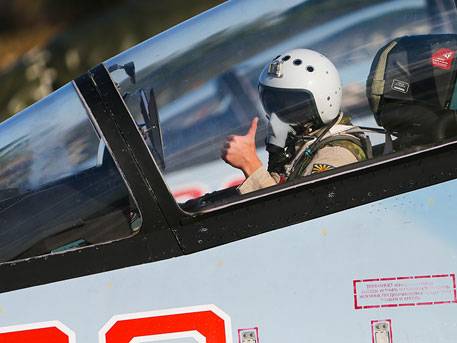 Russia does not affect existing EU sanctions on fuel supplies to Syria. This was stated by the official representative of the Ministry of defense of Russia major-General Igor Konashenkov.   “Operating inside the European Union intrigue, restrictions and sanctions for the supply of fuel to the Syrian Arab Republic, air group VC Russia, to put it mildly, do not touch” – he stressed.   Konashenkov also said that the shortage of fuel for aviation VKS RF, no and not expected, especially since it concerns the fight against international terrorism.   Earlier, several British media reported that the Russian tankers supplying fuel for aviation of the Russian Federation, allegedly in violation of EU sanctions. Photo: Ministry of defence of the Russian Federation

END_OF_DOCUMENT_TOKEN_TO_BE_REPLACED

The court arrested two more persons involved in the preparation of sabotage in the Crimea The Kiev district court of Simferopol arrested two more defendants in the case of the preparation according to the instructions of the Ministry of defense of Ukraine of diversions on objects of infrastructure of the Crimea. About it “RIA Novosti” reported in the court. Arrest Stogniy and Sable was made last week, the court session was held behind closed doors and became aware of it only on Monday, November 21, the Agency said. See alsothe Court in Sevastopol arrested three alleged Ukrainian saboteurs On 10 November, the FSB announced the detention in the Sevastopol members of subversive groups of the Ministry of defense of Ukraine, which, according to intelligence agencies, was preparing acts of sabotage on military installations in the Crimea. On the same day, three suspects were arrested by the Lenin court of Sevastopol.

END_OF_DOCUMENT_TOKEN_TO_BE_REPLACED

Goalkeeper “Tractor” danced on the ice under the Strauss waltzes. One of the goalkeepers of the Chelyabinsk hockey club “Tractor” during a workout to dance on the ice under the work of Johann Strauss “the blue Danube”. Video episode posted user Andre Mark on YouTube. Hockey player, to identify which failed because of the mask and the lack of numbers on the equipment, demonstrated the skills of the skater, for which he received applause from teammates.

END_OF_DOCUMENT_TOKEN_TO_BE_REPLACED

The Prime Minister: there is no guarantee that trump “comfortable” President Donald trump is elected as the 45th President of the United States, he defeated in the election of Democrat Hillary Clinton that Russia is perceived positively. MOSCOW, Nov 21 — RIA Novosti. Moscow and Washington have serious work to do to restore confidence in the fight against terrorism, but there is no guarantee that in this sense, won the elections in the United States Donald trump is for the Russian Federation “comfortable” the President said in an interview with RIA Novosti Director of the Department of foreign Affairs of the Russian Federation on the issues of new challenges and threats Ilya Rogachev. See alsodo Not panic: how in the world took the victory trump He recalled that the anti-terror “was and remains one of the priority areas of our cooperation with the Americans.” Although, according to him, this does

END_OF_DOCUMENT_TOKEN_TO_BE_REPLACED 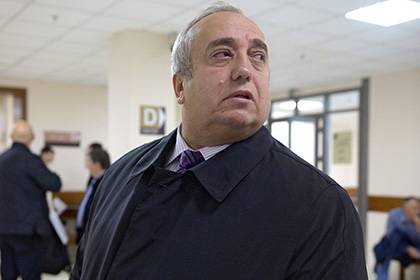 Franz Klintsevich First Deputy Chairman of the Federation Council Committee on defense and security Franz Klintsevich believes that the Russian soldiers in the Crimea might have been kidnapped to exchange for earlier detained on the Peninsula saboteurs. This opinion Senator said in comments to the editors”.ru” on Tuesday, November 22. “We have every reason to believe that this provocation was authorized by the highest officials of Ukraine. I do not exclude that pursued quite specific goal — to exchange abducted by Russian military on Ukrainian saboteurs detained in the Crimea”, — said the Senator. According to him, the incident — “piracy in its worst forms”. Klintsevich also expressed hope that Ukraine “has already received a notice about what will Russia’s position be if this ugly incident will remain unresolved”. Earlier Tuesday, Russian foreign Minister Sergei Lavrov called the detention and removal warrant officer Maxim Odintsov and younger Sergeant of contract

END_OF_DOCUMENT_TOKEN_TO_BE_REPLACED The organization for the prohibition of chemical weapons (OPCW) expressed its willingness to examine samples taken by Russian experts after the use of prohibited substances in the Syrian city of Aleppo. On Tuesday, November 22, reported in a statement on the organization’s website. “These samples and other materials may be used in the ongoing work of the OPCW mission to establish facts [of chemical weapons]”, — stated in the message. As specified in the document, taking into account the difficult situation in Aleppo, the organization’s representatives are ready to obtain samples from the Russian side in Damascus or the Hague. On 21 November, the Russian defense Ministry confirmed the alleged use of chemical weapons by opposition forces in the South-West of Aleppo. Insights on the use of ammunition chlorine and white phosphorus have been made on the basis of the Express-identification of the nine samples taken in the quarter, “1070”.

END_OF_DOCUMENT_TOKEN_TO_BE_REPLACED

Photo: The press service of the defense Ministry Operating inside the European Union “sanctions” on fuel supply to Syria not relate to the air group of the Russian HQs. This statement, as RIA Novosti reported, was made on Tuesday, November 22, the official representative of the Ministry of defense of Russia Igor Konashenkov. The General has reminded that Russia is a member of the EU is not. “Operating inside the European Union intrigue, restrictions and sanctions for the supply of fuel to the Syrian Arab Republic air group VC Russia, to put it mildly, do not touch” — he stressed. Konashenkov also said that Russia is one of the leading oil producing countries of the world, “so there is no shortage of jet fuel for the Russian space forces, especially when it comes to combating international terrorism, we have not even expected”. Earlier, Reuters reported, citing sources, that the Russian

END_OF_DOCUMENT_TOKEN_TO_BE_REPLACED

Igor Konashenkov © Anton novoderezhkin/TASS MOSCOW, November 22. /TASS/. Operating inside the EU restrictions on the supply of fuel to Syria does not relate to the group of Russian air force in this country. This was stated by the official representative of the defense Ministry Igor Konashenkov, commenting on reports by Reuters about alleged violations of Russian tankers supplying fuel group aviation videoconferencing in Syria, EU sanctions.

END_OF_DOCUMENT_TOKEN_TO_BE_REPLACED 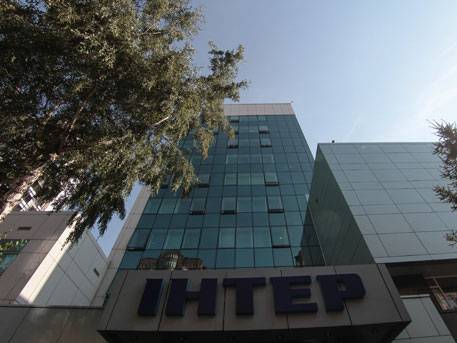 The night of Monday to Tuesday, unknown persons attempted to set fire to the building of the Ukrainian inter TV channel in Kiev, reports “Vesti.Ukraine” with reference to the press service of the national police of the city.   It is noted that law enforcement authorities have reported that unknown persons threw Molotov cocktails to the territory of the administrative building of the channel.   “On arrival at the scene, police interviewed the guard, who said: having heard a few sounds similar to the explosions seen on the screens of surveillance cameras, as a few men running in the direction of the administrative building and the flames.Together with colleagues, he ran outside with his fire extinguisher, extinguished the fire and called the police,” said police.   The police found the remains of glass bottles and one full bottle of undeveloped, all the evidence sent for examination. On the given fact

END_OF_DOCUMENT_TOKEN_TO_BE_REPLACED

In Thailand detained a Russian with a fake Ukrainian passport MOSCOW, Nov 21 — RIA Novosti. The immigration police of Thailand has detained the wanted citizen of Russia in Pattaya, in the South-East of the country, writes the Bangkok Post. According to the Lieutenant Colonel and the Deputy head of immigration police Tawatchai, Nongbua (Tawatchai Nongbua), has been detained 27-summer Dmitry Filipsen. He added that Interpol issued a “red notice” against Filipina, stating that Russian is on the international wanted list after issuing a warrant for his arrest in Russia. Russians detained on Sunday in the district of Bang Lamung (Bang Lamung), where he lived with his wife. It is reported that Filipin showed to militiamen the passport of the citizen of Ukraine, registered in the name of another. After checking it turned out that the document is false, misleading media. During the arrest Philipsen resisted and claimed that he