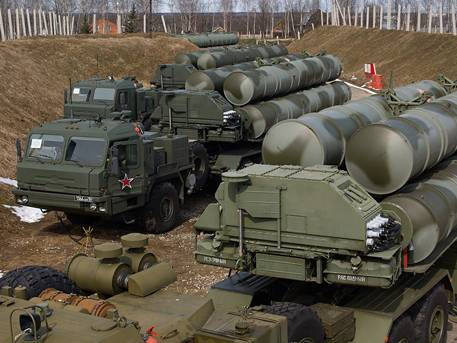 Edition of the Washington Post published an article with maps, which depict a range of advanced missile systems that could soon be deployed in the Kaliningrad region. According to journalists of the edition, countries that are included in the radius (Poland, Latvia, Lithuania, Sweden, Finland, Romania, Serbia, Bulgaria and others) should be concerned, as accommodation complexes will radically change the situation in the Baltic States, writes RT.   The Kremlin “has waved away” from the anxiety of the West over the deployment of advanced missile systems in the Kaliningrad region, writes The Washington Post, as, in Moscow’s view, NATO expanding to the East itself provokes Russia to take retaliatory measures.   Reporters also noted that the Arsenal, partly tested in Syria, will include coastal missile system “Bastion”, anti-missile ground-based s-400 rocket complex of sea basing “the Caliber of NC” and operational-tactical missile complex “Iskander-M”. Photo: Konstantin Semenov / TRK “Star”

END_OF_DOCUMENT_TOKEN_TO_BE_REPLACED

Six people were killed in an accident with a school bus in USA Moscow. 22 Nov. INTERFAX.RU — a School bus with 32 kids crashed in the U.S. state of Tennessee, six passengers were killed, reported the Agency Associated Press with reference to the representative of the local police. According to sources, five children died at the scene, one from the received traumas has died in hospital. Earlier, local television reported 12 victims of the accident. The Agency said that the bus flipped sideways and hit a tree. The bus driver survived, now it is interrogated by the police, which started investigation into the causes and circumstances of accidents. At least 6 children are dead in a school bus crash in Chattanooga, Tennessee, district attorney’s office says. https://t.co/GApeh4iIQ0 pic.twitter.com/j0ysycWKLC — CNN Breaking News (@cnnbrk) November 22, 2016

END_OF_DOCUMENT_TOKEN_TO_BE_REPLACED

The neural network has to lip-read the speech of the BBC announcers Developers from Oxford University and the laboratory of Google DeepMind has created a system of artificial intelligence that can recognize speech lips in the real world, and she does this better than a human. For its study, the researchers used fragments of television BBC. The text of the article can be found on the website ArXiv. Automatic speech recognition system based on gestures can be used in a variety of ways: for example, to hearing AIDS of new generation, biometric identification or investigation of crimes. Therefore, scientists have been working on the development of programs for “reading” on the lips, but their success in this area is very limited. Just this month, researchers presented the first system in the world LipNet, which can understand speech at the level of entire sentences better person. However, even it had flaws.

END_OF_DOCUMENT_TOKEN_TO_BE_REPLACED

Scientists urge the UN security Council to protect medical neutrality in Syria MOSCOW, 22 Nov — RIA Novosti. American and British doctors urge the UN Security Council to introduce more effective measures for the protection of health professionals working in conflict areas, and begin to punish war criminals, killing of doctors, according to a paper published in the journal BMJ Global Health. To date, over 190 countries have signed and ratified the Geneva Convention relative to the protection of victims of war of 1949 and other international instruments relating to international humanitarian law. See alsoKerry urged to investigate attacks Russia and Syria as a war crime Them in a special way, mentions the principle of “medical neutrality”, in accordance with which doctors are required to save the lives of all soldiers, regardless of their political affiliation and nationality, but a belligerent, in turn, should refrain from attacks on medical staff

END_OF_DOCUMENT_TOKEN_TO_BE_REPLACED © Mikhail Metzel/TASS MOSCOW, November 23. /TASS/. Russian President Vladimir Putin called the detention of the Russian military on the border with Ukraine, treachery, similar to that off the heat and light in the Crimea.

END_OF_DOCUMENT_TOKEN_TO_BE_REPLACED 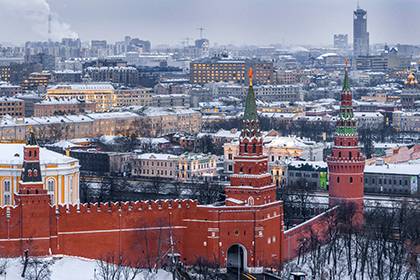 Manager of the President expressed readiness to personnel decisions in connection with the criticism which has sounded from President Vladimir Putin to civil servants-academics. About it reports “Interfax” on Wednesday, November 23. According to the official representative of management of Elena Krylova, the Agency “will take all the necessary personnel decisions in accordance with the instructions,” the head of state. Earlier Wednesday President Vladimir Putin at a meeting of the Council for science and education threatened resignation of high-ranking officials that, despite the recommendations of the Kremlin, was included in the number of academicians and corresponding members of the Russian Academy of Sciences (RAS). According to the head of the state, it is impossible to effectively combine work in the state authorities with serious scientific research. It was about the employees of the President administration, ministries and the Federal security service, as well as governors. Putin said that the warning

END_OF_DOCUMENT_TOKEN_TO_BE_REPLACED 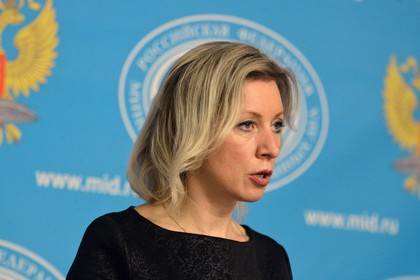 Maria Zakharova The Ministry of foreign Affairs of Russia called the European Parliament resolution on countering Russian media information crime. On Wednesday, 23 November, said the official representative of the foreign Ministry Maria Zakharova, RIA Novosti reported. “This is a crime, when the real threat of terrorism, fundamentalism, moreover, the nutrient medium in the form of nationalism, xenophobia, to divert the gaze of the international community in a completely different way,” she said, noting that Western politicians do not give people the opportunity to analyze and think on the basis of alternative sources of information. “Only in a dispute born truth, only when there are multiple arguments, you can understand how to proceed,” — concluded the diplomat. Russian President Vladimir Putin on Wednesday called the resolution degradation of the conception of democracy in Western society. On 23 November, the European Parliament adopted a resolution on countering hostile to the EU’s

END_OF_DOCUMENT_TOKEN_TO_BE_REPLACED

© EPA/ZOUHIR AL SHIMALE MOSCOW, November 23. /TASS/. The condition for the resumption of the humanitarian pause in Aleppo must be a solid guarantee of the UN on the cessation of fire fighters. This was reported to journalists by the official representative of the Ministry of defense of Russia major-General Igor Konashenkov.

END_OF_DOCUMENT_TOKEN_TO_BE_REPLACED 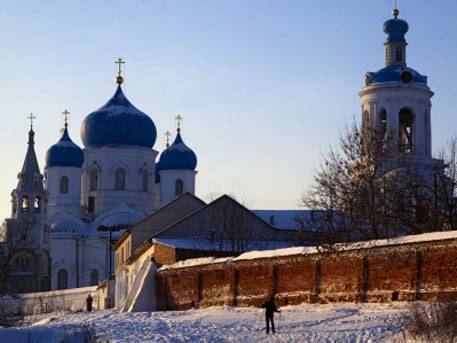 Residents of the village Bogolyubovo near Vladimir outraged by the resolution authorities of the region for accommodation near Holy Bogolyubsky convent factories producing contraceptives. It should appear on the site of a former brick factory.   Residents even created a case that gained while only five signatures with a total population of five thousand people. But the publicity this “thin” thing got big. Bogolubova sent letters to the authorities of the region and even to the Moscow Patriarchate. The reaction is not followed. Meanwhile, the producers themselves of contraception said that the transfer of production will not. Photo: Mikhail Fomichev / RIA Novosti