Carrier group of the Russian Northern fleet, including the cruisers “Peter the Great” and “Admiral Kuznetsov”, is located in the Eastern part of the Mediterranean sea. Ships maneuvering off the coast of Syria. This TV channel “Zvezda” told a source in the Russian defense Ministry.   It is noted that the aircraft of the other States are afraid to approach the Russian ships closer than 50 kilometers.   It is known that the deck aviation cruiser “Admiral Kuznetsov” flies, practicing interaction with the coastal port.   Earlier it was reported that encircled Aleppo, the militants are looking for opportunities to escape – the terrorists are very scared by the appearance in the Mediterranean group of Russian ships and aircraft-carrying cruiser “Admiral Kuznetsov”.   Campaign aircraft carrier group of the Northern fleet ships began on 15 October. November 1, Russian defense Minister Sergei Shoigu said that the ships made the transition

END_OF_DOCUMENT_TOKEN_TO_BE_REPLACED

Detained in the Crimea of the Ukrainian saboteurs-spies pleaded guilty Moscow. 10 Nov. INTERFAX.RU ó in Sevastopol, the Ukrainians are staff officers of the Main intelligence Directorate of the defense Ministry of Ukraine, they have already pleaded guilty and began to give evidence, said “Interfax” a source familiar with the situation. “The detainees are career intelligence… All three have admitted our guilt and give relevant testimony,” — said the source. He added that during the search they discovered a map showing military facilities and infrastructure of the Crimean Peninsula. According to him, “with surveys of detainees established that they were preparing, according to preliminary data, sabotage of power plants, water purification plants, and distribution networks of the Crimea.” See alsoIn Sevastopol detained Ukrainian saboteurs The source noted that “thanks to the coordinated actions of Russian law enforcement agencies, training for illegal action on infrastructure was suppressed.” Earlier it was reported

END_OF_DOCUMENT_TOKEN_TO_BE_REPLACED

Spanish pilot on single-engine aircraft for the first time without landing flying over Antarctica The purpose of the expedition was to measure the level of air pollution. MADRID, 11 Nov. /Offset. TASS Ekaterina Vorobyeva/. Spanish driver Miguel angel, Gordillo made their first non-stop flight over Antarctica in a single-engine plane. This is stated in the message released by the University of Granada. According to him, the aim of the expedition, which took place on 9 November, was measuring the level of air pollution. Gordillo flew with the Italian scientific base, located on the shore of Scott and landed on the island of Seymour. During the flight, which lasted for 20.5 hours, the pilot crossed the Ross sea, polar plateau and the Weddell sea. The distance that overcame the aircraft is 4.5 thousand km throughout the flight, Gordillo every three minutes passed on the basis of the reports of his condition,

END_OF_DOCUMENT_TOKEN_TO_BE_REPLACED

The Pentagon chief spoke out against cooperation with Russia in Syria Ashton Carter said that Moscow is helping Damascus, and that “only further fuelling the Syrian civil war.” 12фотографий12фотографий12фотографий WASHINGTON, November 11. /Offset. TASS Anatoly Bochinin/. Secretary of defense Ashton Carter in an interview with CBS opposed the cooperation with Russia in Syria as long as Moscow “will not start to do the right thing”. “As for Syria, the Russians, you remember, said that they intend to fight terrorism and help to remove the (President Bashar al -) Assad (from the government). None of this they did not do” — said the Pentagon chief, adding that Moscow, by contrast, helps to Damascus. “This, in turn, only further fuelling the Syrian civil war. So the Russians are there in the completely opposite direction,” he argued. Therefore, continued Carter, the United States could work with Russia. “I did not support this and

END_OF_DOCUMENT_TOKEN_TO_BE_REPLACED 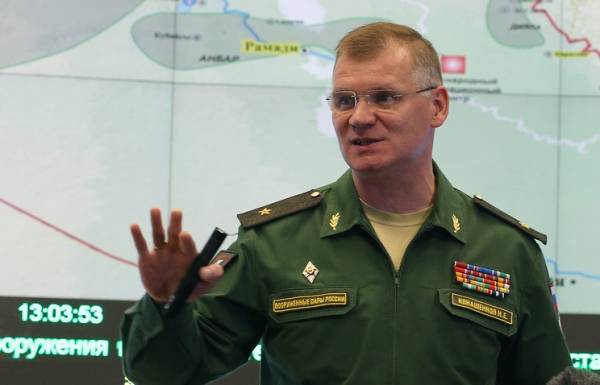 The official representative of the defense Ministry major General Igor Konashenkov © Anton novoderezhkin/TASS MOSCOW, November 12. /TASS/. Russian defense Ministry is ready to consider the possibility of introducing a new humanitarian pause in Aleppo at any time as soon as the representatives of the UN humanitarian mission in Syria officially confirm their willingness and ability to deliver to the city of humanitarian assistance and the evacuation from there of the wounded and sick civilians.

END_OF_DOCUMENT_TOKEN_TO_BE_REPLACED 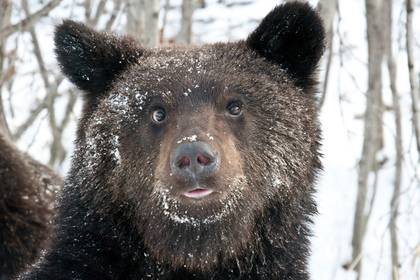 In the village of Znamenka, Amur region brown bear attacked two hunters. This was announced by the head of administration of the sign of the village Council Valentina Stepan, reports RIA Novosti. The incident occurred when the men were deer hunting. One of them, the beast broke his collarbone, the victim was hospitalized. The second was damaged face. “The bear is wounded one of the men, the second shot of the beast. Arrived at the scene by our staff. As the bear was wounded, it was decided to kill him”, — said the representative of the regional Department on protection, control and regulation of use of fauna objects and their habitats Valery Bogatirenko. In September, the Green mountain in the vicinity of Sochi in the attack of a bear injured a tourist from Krasnodar. She received lacerations of the back. The travelers had to go to emergency, they were evacuated

END_OF_DOCUMENT_TOKEN_TO_BE_REPLACED 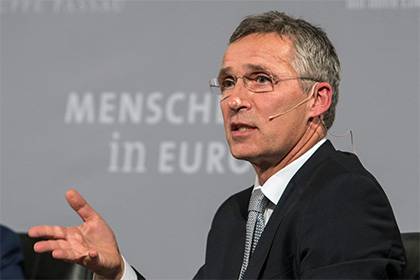 Jens Stoltenberg The NATO leadership has decided to transfer planned for the beginning of 2017 summit of the Alliance. According to the magazine Der Spiegel, the event could be held later next summer. According to the publication, the postponement of the summit was a victory of Republican Donald trump on the US presidential election on 8 November. Prior to that, the Secretary General of the Alliance Jens Stoltenberg has been invited to the event being planned rival trump’s, of the democratic candidate Hillary Clinton, having in mind that she will become President. The journal notes that the leadership of NATO needs time to the new us President decided on the strategy of the Alliance. In particular, the cancellation of obligations trump’s presence in Eastern Europe of American troops on a rotational basis. Also new leadership in Washington to reduce American military forces in Europe. In the best case, as writes

END_OF_DOCUMENT_TOKEN_TO_BE_REPLACED

Photo: RIA Novosti The official representative of Russian foreign Ministry Maria Zakharova on his page in Facebook commented on the article in The New York Times titled “For Russia and Putin, an unexpected gift from America” and explained why the victory of Republican Donald trump for the presidential elections in the United States came as a surprise to the American media. “The Western media, the kings of mainstream, even now cannot admit, that was a bad experts. That’s right — bad experts,” she wrote (original spelling retained). According to Zakharova, the reason for the failed forecasts of the American analysts is the lack of objectivity. “For many years, and in recent years aggressive they inspired all the mantra about “bad Russia” as the cause of all ills. Then so spoke that themselves have begun to believe,” said the diplomat. “Yesterday’s enlightenment was painful — I saw a white person the

END_OF_DOCUMENT_TOKEN_TO_BE_REPLACED 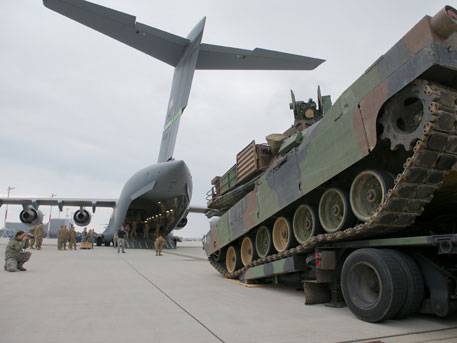 The Alliance expresses concern that us President-elect Donald trump will reduce the military presence of the US in Europe. As Spiegel reports, this is stated in the report of the headquarters Secretary-General of the military block Jens Stoltenberg, who is experiencing “enormous” concerns about the presidency of billionaire.   In the material, extracts from which leads RIA Novosti, also contains other options for NATO’s existence in connection with the new American leader.   “Nowhere is the concern about the election trump President of the United States is not large, as in NATO,” Spiegel writes, paying attention to the transfer scheduled for the spring summit of the Alliance. Now the event will be held in the summer, according to the journalists.   Headquarters Stoltenberg also expressed concerns that trump may cancel the agreement to rotate American troops in Eastern Europe and demand from European countries increase spending on its own defense.

END_OF_DOCUMENT_TOKEN_TO_BE_REPLACED

The centre of Athens blocked after the attack on the French Embassy In the centre of Athens is in full swing operation to search for two unknown attackers on Thursday morning, the Embassy of France. With the help of surveillance cameras able to compile identikits of the attackers, RIA Novosti reported citing local media. The attack on the French Embassy in Greece, which is located in the center of Athens near the Greek Parliament, occurred at about five o’clock in the morning local time. As reported by the newspaper “Kathimerini”, two unidentified men, riding a motorcycle past the building of the French Embassy, threw a grenade at the Embassy and immediately fled the scene. In the attack one of the police officers guarding the Embassy, were slightly injured. “As reported by police officers, have already studied some of the security cameras and the description of the criminals and the motorcycle,