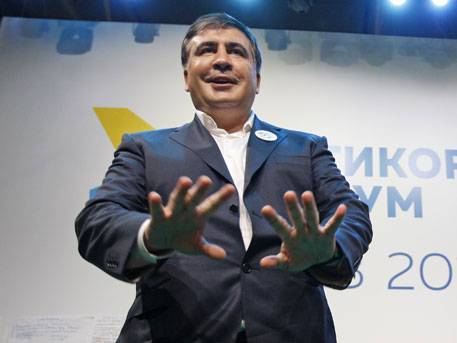 Mikheil Saakashvili explained why he is leaving the post of head of the Odessa region until now. The former Governor complained to the President of Ukraine Petro Poroshenko. According to Saakashvili, he promised him that things would get better after the resignation of the government Arseniy Yatsenyuk. About it reports TV channel “112 Ukraine”.   “In April I went to the President and said I can’t continue to work, we all deceive people, all his promises that we together gave when he introduced me before the local elections, nothing is done. He said to me, “you’ll see. Together we will get rid of Yatsenyuk and alive. All will be well”, – Saakashvili said.   However, after Yatsenyuk’s resignation, nothing has changed, said Saakashvili. He stressed that he wanted to leave early, but Poroshenko stopped him, promising to give the opportunity to work.   Earlier it was reported that Mikhail Saakashvili

END_OF_DOCUMENT_TOKEN_TO_BE_REPLACED

In Ivanovo decided to demolish destroyed by gas explosion of a residential house Moscow. 6 Nov. INTERFAX.RU — Apartment building in the city of Ivanovo on the street of Minsk, partially destroyed in a gas explosion Sunday, will be demolished after the end of the investigation, reported “Interfax” the head of the city Vladimir Sharypov. “Hotline” of EMERCOM of Russia 8 (493) 229-91-84″hotline” of EMERCOM of Russia for information on victims in the explosion read More The website of the Main Department of EMERCOM of Russia on the Ivanovo region According to him, the experts recognized the house 63B at the Minsk emergency and, in accordance with their conclusion, the interdepartmental Commission decided to demolish the house. “The house will be demolished and residents resettled, but only upon completion of all investigative actions. Now the house and surrounding area under heavy guard by the police,” said Sharypov. At 04:15 Sunday

END_OF_DOCUMENT_TOKEN_TO_BE_REPLACED

The United States will not coordinate the release of Raqqa with Russia and Syria Moscow. 7 Nov. INTERFAX.RU — the US is not going to coordinate efforts for the liberation of Raqqa from Syrian militants of the terrorist group “IG” (banned in Russia) with the Russian government and Syria, said state Department spokesman mark Toner. “We have no plans to coordinate (the liberation of Raqqa — if) regime (of Syrian President Bashar al-Assad — if) or with Russia”, — he told journalists on Monday. He noted that the United States “are working in close coordination with the members of the SDF (“Syrian democratic forces” — if), and with partners, including Turkey, about how to release, how to install local power.” “We expect that external forces will be withdrawn,” said Toner. He also added that the US is still working on a multilateral basis in Geneva and hope to achieve a

END_OF_DOCUMENT_TOKEN_TO_BE_REPLACED 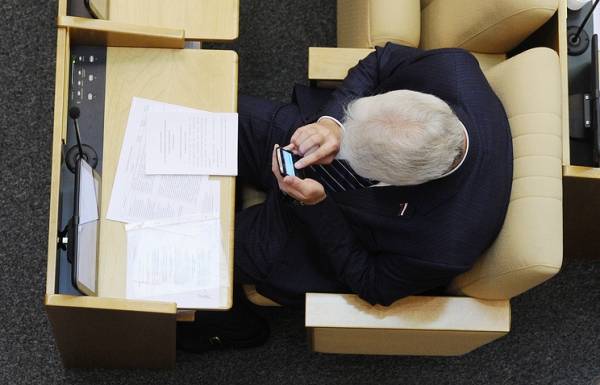 © Stanislav Krasilnikov/TASS MOSCOW, 8 November. /TASS/. The state Duma on 9 November to consider amendments to regulations, which will oblige the deputies to personally respond to the complaints of voters.

END_OF_DOCUMENT_TOKEN_TO_BE_REPLACED 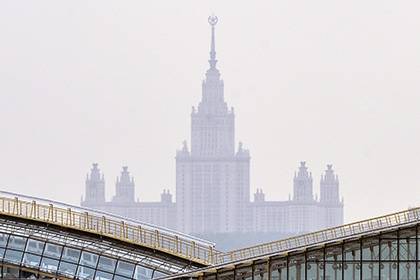 At Metropolitan the met office spoke about “freezing” the fog that envelops the city on the night of November 9. The same situation will repeat the next day, announced on Tuesday, November 8, TASS reported. This fog causes icing of roads, trees and cars. Visibility will not exceed one kilometer. The temperature in some areas will drop to eight degrees below zero. Earlier, November 8, weather forecasters talked about “snow Apocalypse” in the capital. As expected, 10 November to Moscow will come the Balkan cyclone in the next two days will be dropped a third of the monthly norm of precipitation. “Traffic jams are provided, this applies to cars, and airplanes. From home these days better not to go out, it will be a real snow Apocalypse”, — said the representative of the center weather “Phobos”. It is expected that the weather is normal by the weekend.

END_OF_DOCUMENT_TOKEN_TO_BE_REPLACED 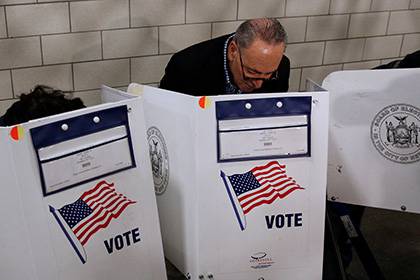 Malfunction of the voting machines in the southern part of Utah forced the members of the precinct electoral Commission to issue ballot papers. Reported by the Associated Press Tuesday, November 8th. According to employees of election Commission, we are working on Troubleshooting the machines. According to the Agency, technical failures were also observed in the States of Pennsylvania and Texas. In particular, in one of the suburbs of Houston because of a computer crash about 100 people lined up, waiting for repair of equipment. As a result, many of them left. On 26 October it was reported that the residents of Pennsylvania during the election of the President on November 8, will Express their will by means of voting machines of the 1980-ies. The failure of this technique can create problems if necessary, a recount machines do not issue paper copies of the results, and the manufacturer no longer exists.

END_OF_DOCUMENT_TOKEN_TO_BE_REPLACED

© Sergei Venyavsky/TASS GROZNY, November 8. /TASS/. The test sample is large autovisata for the Russian special forces that can carry up to six men with guns and top speed of 130 km/h, will present in February next year. This was reported TASS the assistant to the head of the Chechen Republic on cooperation with law enforcement authorities Daniel Martynov.

END_OF_DOCUMENT_TOKEN_TO_BE_REPLACED

Major Turkish newspaper Aksam published 8 Nov material, which indicates the relationship of the death of a Russian su-24 over Syria on 24 November 2015 with the us military. Translation of the article publishes the new York times. Journalist Murat Calcitriol as confirmation of the high-profile prosecution quotes the Director of the Russian Institute for strategic studies (RISS) Leonid Reshetnikov:   “We can say this: in our view, an active role in the destruction of the Russian plane played Erdogan’s opponents who at the same time were associated with America. We have information that the us military base at Incirlik participated in these events. The goal is to set Russia and Turkey against each other,” Aksam quoted the words Reshetnikova.   The newspaper believes that the words of Marley can be trusted, because for a long time he served in the foreign intelligence Service of Russia. The publication also writes