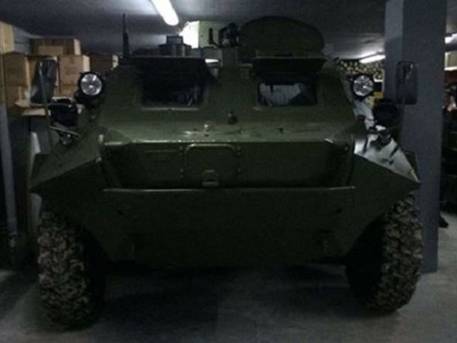 Underground storage of weapons and ammunition found in the Kiev region police together with employees of the city Prosecutor’s office No. 8. Among other things, in the Arsenal were armored personnel carriers and rocket launchers “Grad”. About it informs “News of Ukraine”.   According to the newspaper, under a cache of unknown equipped underground bunker in the territory of the holiday village. In a secret room found a lot of interesting. Those who stocked a similar Arsenal were clearly preparing for war: two guns for infantry fighting vehicles, four of ammunition for portable anti-aircraft missile complex, 200 anti-tank mines, heavy antitank grenade launcher, RPG and armor-piercing projectiles.     On this fact began pre-judicial investigation under article 263 of the Criminal code of Ukraine (“Illegal weapon handling, fighting supplies or explosives”). The investigators find out, how could have done all this great ammunition. Photo: kyiv.gp.gov.ua

END_OF_DOCUMENT_TOKEN_TO_BE_REPLACED

In Makhachkala are detained the head of the utility in the case of the poisoning of people’s water MAKHACHKALA, November 2. /TASS/. The head of JSC “Makhachkalain” detained within the criminal case on the fact of mass poisoning of inhabitants of Makhachkala drinking water, reported TASS the representative a press-services of Republican management of SK Russian Federation. “The investigating authorities in the investigation of the criminal case initiated on 28 October on the fact of mass poisoning of drinking water to residents of the city of Makhachkala today, November 2, detained the General Director of JSC “Makhachkalain” Magomed Murtazaliyev,” — said the source. VideoCause of mass poisoning in Dagestan was the lack of chlorination of water According to him, preliminary investigation bodies with consideration collected on the criminal case materials intend to petition before court about election concerning Murtazalieva of a measure of restraint in form of detention. “Previously it

END_OF_DOCUMENT_TOKEN_TO_BE_REPLACED

The fisherman saved fell through the ice of an elk in the Altai region The Barnaul citizen Ivan Drachev went fishing and by the end of the day could boast only catch, if it had not become the protagonist of a serious operation to save the moose. The fisherman returned home. Suddenly he saw in the middle of the ducts of some movement. At first it seemed that the water floundering failure. He immediately rushed to help. When he came closer, he saw that wormwood was a young moose. The calf fell clearly in the middle of the ducts, the depth one and a half meters, about 40 minutes he had already floundered, broke a big hole, but it froze, sometimes swam up and put his face on the ice.posted by Ivan Drachev blog Altai fishing club According to Fisher, the thickness of the ice on the edge of the

END_OF_DOCUMENT_TOKEN_TO_BE_REPLACED

Theresa may not be able to start Brexit without the approval of Parliament Moscow. 3 Nov. INTERFAX.RU — the UK Supreme court ruled that the government could not begin the procedure of withdrawal from the EU without the consent of Parliament. On Thursday, reports Sky News. The lawsuit was filed by businesswoman Gina Miller and Barber Deir DOS Santos. The court stood on their side, citing the text of the Treaty on European Union, which says that States may resign from the Council “in accordance with the requirements of their constitutions”. The country’s Prime Minister, Theresa may, insisted that the results of the referendum and the Ministerial powers sufficient to activate article 50 of the Lisbon Treaty and to start the procedure of withdrawal from the EU without consultation with the Parliament. However, the court decided that it does not correspond to the main law of the country. The office

END_OF_DOCUMENT_TOKEN_TO_BE_REPLACED 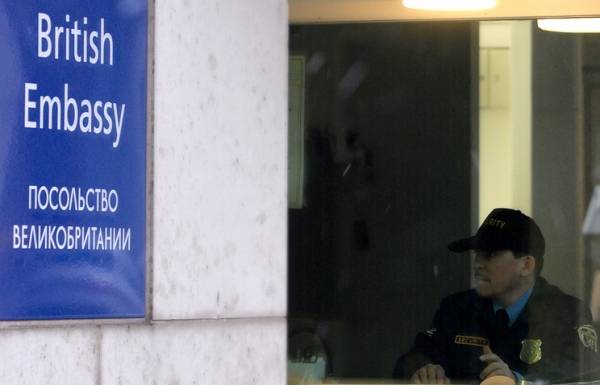 © ITAR-TASS/ Grigory Tambulov MOSCOW, November 4. /TASS/. Residents of Moscow held a rally near the building of the British Embassy.

END_OF_DOCUMENT_TOKEN_TO_BE_REPLACED 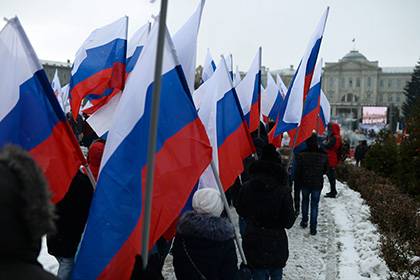 Under the celebrations of national unity Day was attended by about 650 thousand people. Significant violations of public order were recorded, said to “Interfax” the official representative of the Ministry of internal Affairs of Russia Irina Wolf. “In Moscow the participants of the March “We are one” were about 80 thousand people”, — she noted. According to Wolf, to maintain order at the events they were involved in “the staff of internal Affairs bodies of the MIA of Russia and of national guard troops, as well as employees of private security organizations, members of voluntary national teams and representatives of the Cossacks”. National unity day celebrated in Russia on 4 November since 2005. The history of the holiday connected with the victory of the people’s militia over the poles in 1612, when under the leadership of Minin and Pozharsky was taken to China town and liberated the Kremlin.

END_OF_DOCUMENT_TOKEN_TO_BE_REPLACED 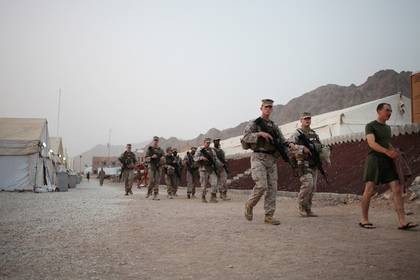 The U.S. military death toll in the shooting at a military base in Jordan has increased to three. This was stated by Pentagon spokesman Peter cook reports on Friday, November 4, RIA Novosti. “We are saddened by the news that three American soldiers were killed in the shooting on a Jordanian military base (…) We work closely with the government of Jordan in order to figure out the details of the incident,” said cook. He said that according to the preliminary version of the American military who were on the territory of the Kingdom “in the mission to train local forces” came under fire at the time of entry to the base by car. Earlier on 4 November, Reuters reported that Jordan killed two American soldiers and one was injured. According to the Agency, the car in which they were, tried to enter the territory of the base on behalf

END_OF_DOCUMENT_TOKEN_TO_BE_REPLACED

Ukrainian President Poroshenko has announced that it will revive the nearly bankrupt country with car seat covers. With this statement he made today at the factory in Lviv. It is here and we are going to sew these covers.   The opening of the company Proshenko called “a shining symbol of rebirth of Ukraine”. In this cases, judging by the further remarks of the President of the country, he believes almost the main part of the car.   This is evidenced by his words: “Everyone thinks German cars are made in Germany. But they’re wrong: the lion’s share of their production – in Ukraine”, – noted Poroshenko. Photo: president.gov.ua

END_OF_DOCUMENT_TOKEN_TO_BE_REPLACED

A crocodile attacked a hotel in Zimbabwe A small crocodile attacked tourists in one of the hotels in the city of Kariba in the North of Zimbabwe. Video of the incident captured by a surveillance camera, and gathered 1.7 million YouTube views. Published on the Internet footage shows how the creeper crawls up to the pool, where splashing the man and woman slipped into the water and attacked the tourists. The young man was near the pool and immediately jumped on shore. Predator prevented the girl to follow him, and she went to the other edge of the pool. This moment arrived, another hotel guest. He helped the victim out of the water and scared away the animal. The crocodile managed to bite the woman’s hand, but received her injuries are not dangerous to life. When the men were gone, the crocodile remained in the empty pool. The further fate

END_OF_DOCUMENT_TOKEN_TO_BE_REPLACED

Engineers have developed glasses that protect against face recognition system Scientists from the University Carnegie Mellon in Pittsburgh has developed glasses that protect their wearer from almost all recognition systems. the Production of one pair of points on a 3D printer costs only 22 cents, writes The Next Web. Developed device looks like a comical sunglasses with colored frames without glass. The method of protection is based on the fact that the system of face recognition compare the color in different parts of the face. Therefore, the glasses used colored rim that allows you to change the color of parts of the face near the eye. Glasses allow as to completely hide her identity from the artificial intelligence and to introduce another person, a properly chosen color. So, during the experiment a white male,, according to artificial intelligence, was 87% similar to actress Mila Jovovich. Facial recognition still can’t beat