The Syrian army repelled the militants almost half of the territory of Aleppo. This was stated by the UN special representative for Syria, Staffan de Mistura, RIA Novosti reported.   Such a statement, de Mistura was made at an emergency meeting of the UN security Council on the situation in Syria, convened at the initiative of France. According to the UN special envoy, government forces conducted a successful tactical maneuver, capturing the Northern part of the East of Aleppo and thus smashing the main forces of terrorists in small groups.   “It is estimated that about 40% of the territory previously controlled by armed opposition groups, is now in the hands of government forces,” – said de Mistura. Earlier it became known that more than 18 thousands of civilians were unable to leave the militant-controlled areas of Aleppo due to the successful offensive of the Syrian army. Photo: ZUMAPRESS Exclusivepix

END_OF_DOCUMENT_TOKEN_TO_BE_REPLACED

The Deputy Director FSIN named Dading “a very talented imitator” MOSCOW, November 28 — RIA Novosti. Deputy Director FSIN of Russia Valery Maksimenko called convicted for violating the order of conducting meetings Ildar Dading previously reported being tortured in Karelian colony No. 7, “a very talented imitator”. Earlier Maksimenko said that the service check has not revealed evidence of unacceptable methods of influencing the Dading and unlawful application of physical force. “The leadership of the Federal penitentiary service of Russia expresses its gratitude to human rights defenders and representatives of the media and the blogosphere, which in this situation is not to succumb to provocations, remain independent and unbiased opinion, I have expressed sincere interest to reveal the true state of Affairs in this correctional facility, for anyone who has never been in prison, lucidly and clearly confirmed my words that the Dading — it’s just a very talented simulator

END_OF_DOCUMENT_TOKEN_TO_BE_REPLACED

Okhlobystin has asked the DNR citizenship Actor and Director Ivan Okhlobystin wrote a letter with a request to grant him citizenship of the Donetsk national Republic (DND) Alexander Zakharchenko. This was stated by the press service of the head of DND. “Ivan Okhlobystin in Rostov, being on stage, wrote a statement”, — quotes “RIA Novosti” message. Earlier in 2014, the party together with a number of other Russian cultural figures became persona non grata in Ukraine for support of the DNI and the LC and the return of the Crimea.

END_OF_DOCUMENT_TOKEN_TO_BE_REPLACED

Medvedev has promised not to reduce the temperature of hot water in homes Moscow. 29 Nov. INTERFAX.RU — Discussion about lowering the temperature of the water in the hot water system is closed, said Prime Minister Dmitry Medvedev during a meeting with the employees of Stoilensky. “Indeed, such information was published, but I just want to say that there are no such decisions. I was gathering of experts and colleagues in government who are responsible for this area, and the General conclusion is: do not do this. In other words, changes in Regulations we will not accept to change the temperature of will not, everything will remain as it is today,” — said the Prime Minister. In mid-November, the media reported about the proposal of the CPS on the reduction of hot water temperature in residential buildings. The Agency proposed to reduce the temperature by 10 degrees to 50 degrees,

END_OF_DOCUMENT_TOKEN_TO_BE_REPLACED 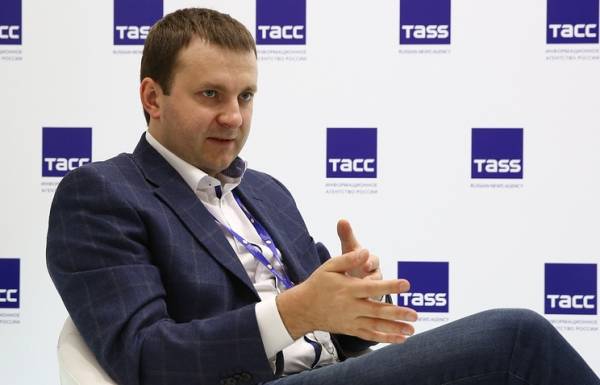 Maxim Oreshkin © Alexander Ryumin/TASS Meteoric career, wherever Maxim Oreshkin is a Manager with a good education, make a career quickly. Starting in the Central Bank of Russia in 2002, he was for two years passed a way from the economist of the first category to the head of the sector. Going to the Bank, also for a short time rose to a few career steps: from a senior Manager (2006) to managing Director of the Bank (2010). To the government. came in September 2013 for the position of Director of Department of strategic planning, and after a year and a half was appointed Deputy Minister. After a year and a half Vladimir Putin appointed him Minister of economic development. While working for the government, Oreshkin has made a number of statements, allowing to judge about his views on economic policy. Taxes do not need to improve, they need better

END_OF_DOCUMENT_TOKEN_TO_BE_REPLACED The refusal to register “Pastafarianskaya Moscow organization of the Russian Church Pastafarianskaya Macaroni Patriarchate” stems from the fact that the Charter of the organization does not meet the requirements of the law. This was reported by RIA Novosti in the Ministry of justice. The Ministry stressed that after the elimination of shortcomings of its leaders can re-apply. Previously, on 30 November it was reported about refusal in registration of the Russian pastafarianskaya Church. The head of the organization (Patriarch) Michael Samyn explained that he received a call from justice. “Soon we will receive a document with the denial and explaining the reasons,” he said. Documents to the Supervisory authority submitted by fans of the spaghetti monster in September. The cult of the Flying spaghetti monster (pastafarianstvo) came up with an ardent atheist and physicist Bobby Henderson in 2005 as a parody of traditional religion. In Russia, the separation of Church

END_OF_DOCUMENT_TOKEN_TO_BE_REPLACED 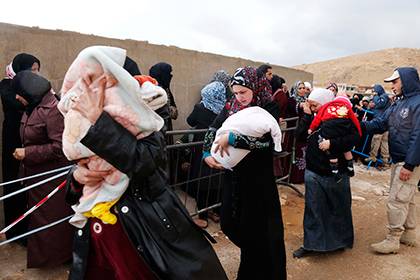 Women and girls are preparing to leave their native countries because of wars and instability, birth control pills, to prepare for possible rape. This is reported by experts of Human Rights Watch, the data of their study, publishes Reuters. “They know they can with such a high probability of being subjected to violence, but still continue their journey,” — said the researcher of Human Rights Watch (HRW) Hillary Margolis during the annual Trust Women conference, which is held by the Fund Thomson Reuters. According to her, mostly women and girls do self-injection the necessary preparations before leaving your home. “The idea that if a woman travels with a man, then she’s safe to be misleading. Some women are forced, taken by force, and some homes are exposed to violence,” said Margolis. Similar information was published by Amnesty International: according to human rights organizations, women seeking in Libya (to move from

END_OF_DOCUMENT_TOKEN_TO_BE_REPLACED

The head a press-services of the air forces of Ukraine Roman Urcia said that Kherson region will be tested anti-aircraft missiles, medium-range exercises are scheduled for December 1 and 2, it is reported “Interfax-Ukraine”.   “The first and second of December there will be exercises, which will be tested anti-aircraft controlled medium-range missiles. The events will involve crews of combat aircraft, transport aircraft units anti-aircraft missile troops, Radiotechnical troops and communications, and unmanned aircraft,” said Urcia.   The head of the press service of the Ukrainian air force also added that the exercises will be held only in Ukraine’s airspace, including over the high seas, apparently referring to the water West of the coast of the Crimea Peninsula.   Previously, the Federal air transport Agency said that the safety of Russian airlines flying over Crimea is fully guaranteed. According to representatives of the aviation Department, Ukraine, announcing the creation of

END_OF_DOCUMENT_TOKEN_TO_BE_REPLACED

Road signs for eco-friendly transport it is planned to introduce in Russia — media MOSCOW, 30 Nov /PRIME/. The Ministry of transport proposes to Supplement the rules of the road the new road signs for sustainable transport and electric vehicles, said in a Wednesday newspaper “Izvestia” with reference to the speech of the Deputy Minister of transport of Russia Nikolay Asaul. In the “Blue buckets” has reminded that in Russia, only 800 cars. In particular, the characters you typed “Electric vehicle” as an additional sign to be used together with other signs, making combinations from the “Parking for electric vehicles to travel only allowed electric”. NewsIn Primorye will make cheap electric cars from “beushek”Japanese Shoji Arai Corporation, the government of Primorsky Krai and tekhnokholding “Sumotori” agreed to organize the production of cars on electrotherapy, it is proposed to introduce the sign “Filling station with charging for electric vehicles” with the