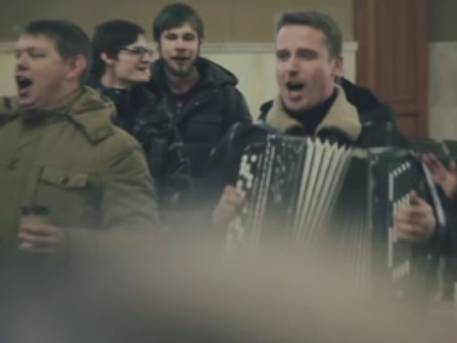 At the Kiev station in Moscow, activists staged a flash mob and sang the song “rozpryagayte, boys, horses”in support of the Ukrainians, who on the day in Odessa, held a similar action only sang the Russian song “Darkie-Moldovanka” in the building of the station.   The Moscow choir of 50 people gathered. The passengers were a little more in contrast to Odessa, reserved and initially reluctant to sing, but then thawed, and even danced. One of the organizers of this action from the Russian side the participant of the project “New star” of TV channel “Star” musician Alexander Shcherbakov.   “We thought it would be good to make a reciprocal gesture to the people of Ukraine. To say that, despite all political issues, we are one people with a common past,” he said.

END_OF_DOCUMENT_TOKEN_TO_BE_REPLACED

The MAC published a report on the investigation into the helicopter crash in Yamal Upon completion of the work by the Commission will be prepared the final report. MOSCOW, November 25 — RIA Novosti/Prime. The interstate aviation Committee (POPPY) has published an interim report about the investigation of the crash of helicopter Mi-8 on Yamal, said the Committee. Helicopter Mi-8 of airline “Skol” fell on October 21 in Purovsky district near the village of Urengoy. On Board were three crew members and 19 passengers. As a result of emergency the entire crew and 16 passengers died. Three other people survived. One of them had been discharged from the hospital. On the fact of wreck of the helicopter opened a criminal case under article “Violation of safety rules of movement and operation of air transport, entailed on imprudence death of two or more persons.” “The Commission continues to work on collecting

END_OF_DOCUMENT_TOKEN_TO_BE_REPLACED

Events of the week in photos The editors of “news Mail.Ru” presents a collection of bright events from 19 to 25 November 2016 in the photographs of the leading news agencies of Russia and the world. 13фотографий13фотографий13фотографийIn Tokyo for the first time in half a century snow has fallen in November | Source: AP 2016

END_OF_DOCUMENT_TOKEN_TO_BE_REPLACED 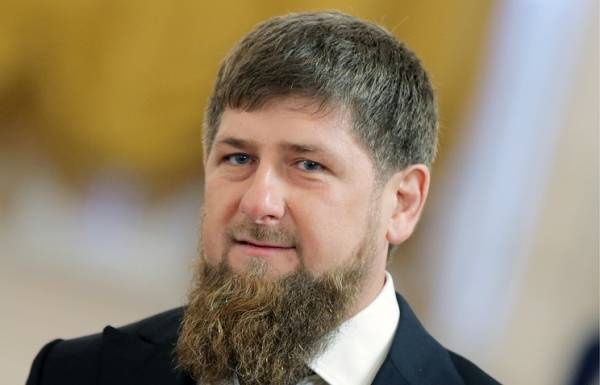 The head of the Chechen Republic Ramzan Kadyrov © Mikhail Metzel/TASS MOSCOW, November 27. /TASS/. The head of Chechnya Ramzan Kadyrov during his visit to Saudi Arabia discussed with crown Prince of the Kingdom, Mohammad bin Salman al-Saud the issues of combating terrorism and religious extremism. He said this on his page in the social network Insragram.

END_OF_DOCUMENT_TOKEN_TO_BE_REPLACED 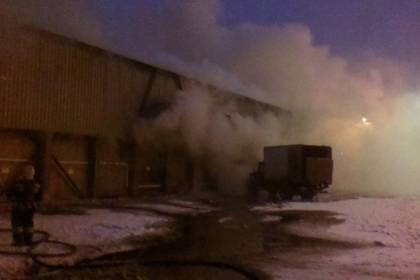 At the Izhevsk stock of the supermarket “Three bananas” on Sunday, November 27, there was a big fire. In result one person was killed, another four were injured. As reported RIA Novosti, the head of the Republican Department of the TFR Faith, in fact the incident started checking. “We know that the dead and injured are employees of the grocery store. Investigators work at the scene: visiting the scene and interviewing victims and witnesses”, she said. According to investigators, the cause of the fire could be electrical problem. The warehouse, where they continue to work the fire, located in an industrial area on the outskirts of the city, the threat of the spread of fire, said Filippov. According EMERCOM in the region, the fire started at 14:45 GMT with the fire of the refrigerator. 18:54 it was localized on the area of four thousand square meters. “Unfortunately, one victim (the

END_OF_DOCUMENT_TOKEN_TO_BE_REPLACED 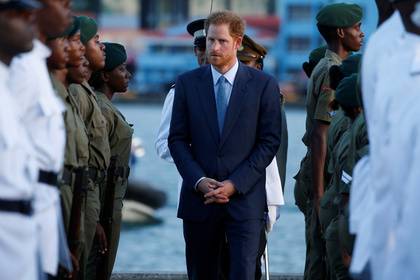 Prince Harry Prince Harry during his Caribbean tour became an unwitting participant in a moment of silence for the death of the leader of the Cuban revolution Fidel Castro. About it writes Daily Mail. Sunday, November 27, the British Prince was taken in Saint Vincent and the Grenadines. Prime Minister Ralph Gonsalves during the event, recalled that Castro was a good friend of his state. And the Governor-General Frederick Ballantyne invited those present to pay tribute to Castro, honoring him with a moment of silence. Prince Harry did not object and became an unwitting participant in a symbolic ritual. Meanwhile, according to the newspaper, neither Queen Elizabeth II nor the Prime Minister of great Britain Theresa may has not officially reacted to the death of the Cuban leader. On 26 November the US President-elect Donald trump said that Castro was a brutal dictator. In turn, the current head of the

END_OF_DOCUMENT_TOKEN_TO_BE_REPLACED

Photo: AiF Stavropol Deputies of Stavropol regional Duma adopted in two readings amendments to the law regulating land relations in the region. Now the minimum size allotment of agricultural land increases from 30 to 2 500 ha. For adoption of amendments voted almost unanimously: 39 deputies voted in favor of the new law, one abstained and one voted against the changes. That land relations in the Stavropol region require legislative action, parliamentarians began in the spring of 2016. That’s when the Duma was introduced the initiative of “consolidation” of the agricultural sector. This, according to lawmakers, to help improve the region’s economy, because the big farms always easier to be successful. Besides, it is the incentive of cooperation for small farmers and a kind of defense mechanism against the Stripping of regional farmland. ► All the news from the regions North of the Caucasus →

END_OF_DOCUMENT_TOKEN_TO_BE_REPLACED

The reason for the detention of the Ukrainian vessel RS-300 No. 97, which on Friday was rescued by the Russian “Admiral Kulakov” became the cargo vessel, reports RIA Novosti, citing a statement from the coast guard of Greece. It is noted that on Board the ship was discovered several dozen tons of cigarettes, the legitimacy of the cargo is now checked.   “Cargo ship under Ukrainian flag, with seven crew members was towed due to mechanical breakdown on the eve early morning in the port of Paleochora Chania. This ship was carrying a large quantity of cigarettes, the legality of the cargo is studying the customs of Chania”, – noted in the customs Department of the country.   On November 25, the Russian Navy ship “Vice-Admiral Kulakov” spas in distress on the Mediterranean sea and the Ukrainian fishing vessel oboxious it into the port on the island of Crete.

END_OF_DOCUMENT_TOKEN_TO_BE_REPLACED

Source: General FSO Lopyreva charged with receiving a bribe The criminal case against the General is due to the financial and economic activities. MOSCOW, November 25. /TASS/. The detainee to General FSO of Russia Gennady Lopyreva charged with receiving very large bribes. About this TASS said a source familiar with the situation. “Lopyreva was charged under part 6 St. 290 criminal code (“the Testament of a bribe in especially large size”). Charged related to the financial and economic activity and is not related to the sale of land and the construction of Olympic facilities in Sochi”, — said the Agency interlocutor. He could not specify the exact amount of the bribe, noting that the question of the sum more than 1 million rubles.See alsoGeneral FSO was arrested after an internal check In turn, the lawyer of Board “Zakaluzny, Almashev and partners” Ruslan Zakaluzny said that today the consequence intends to