In the Network published a video which depicted a flight of fighters of Switzerland near the plane with the Russian delegation, EN route to the APEC summit in Peru. Footage on his page in Facebook posted the correspondent of “Komsomolskaya Pravda” Dmitry Smirnov.   The record shows, as the two fighters with the flag of Switzerland for several minutes to follow along with a Russian plane.   “Pathetically fly to Lima: passed over Switzerland with an escort of two F-18 with ammunition. The pilot was glad that he was shot, waved his hand and went up beautifully. But then I came back,” wrote Simon.   “This, incidentally, is considered to be a dangerous rapprochement?” – asked the journalist.   Previously RIA Novosti reported that in the airspace of Switzerland to the plane with the Russian delegation on Board, following in Peru for the APEC summit, and closer military aircraft of

END_OF_DOCUMENT_TOKEN_TO_BE_REPLACED

Former Vice-Governor of St. Petersburg suspected of fraud with “Zenit-Arena” Marat Oganesyan has been detained in Moscow in connection with the theft of more than 50 million rubles at the conclusion of the contract to supply video screens. MOSCOW, November 16. /TASS/. Former Vice-Governor of St. Petersburg Marat Oganesyan arrested in a criminal case on the construction of a football stadium for the team “Zenit” on Krestovsky island. As reported TASS the press service of the Investigative Committee of Russia, during the investigation, investigators together with employees regional UFSB and the Webirc was an established fact of theft in 2014 monetary funds in the sum more than 50 million rubles at the conclusion of the General contractor, ZAO “IC “Transstroy” company “TDM” contract for the supply of screens for the stadium. When establishing the scheme, which failed to commit theft, it is established that Marat Oganesyan, carrying out supervision of

END_OF_DOCUMENT_TOKEN_TO_BE_REPLACED

For the Russian snipers created a gyro-stabilized machine A new machine allows to increase the accuracy on the move. Russian companies 5.45 Design and Stabilization have developed a special gyro-stabilized machine for sniper rifles, which soldiers will be able to conduct aimed fire on the move. According to the newspaper “Izvestia”, the new machine is designed for installation on light armored vehicles, buggies, boats and helicopters. Snipers sometimes have to act in conditions when there is no opportunity to conduct aimed fire from behind a strong pitching or shaking. Under these conditions, soldiers can apply various tricks, but they do not substantially improve accuracy. The new machine is able to neutralize a significant portion of these fluctuations. The mass of the entire system is 28 pounds. It consists of mounts and gyro-stabilized platform. This platform is mounted several electronic gyroscopes, which measure vibrations along multiple axes. Data from the gyroscopes

END_OF_DOCUMENT_TOKEN_TO_BE_REPLACED

The D. N. I. USA resigns James Clapper said that the position he had to work 64 days. WASHINGTON, November 17. /Offset. TASS Anatoly Bochinin/. Director of national intelligence James Clapper on Thursday, speaking at the hearings in the U.S. Congress, announced his intention to resign. See alsoBritish intelligence considered the “Armata” a revolution in tank “Last night I handed my resignation”, — he said members of the special Committee of the house of representatives on intelligence. According to him, in his current position he had to work 64 days. “The main goal” Earlier, on October 25, Clapper at a conference in new York the Council on foreign Affairs stated that the basic principle of foreign policy of Vladimir Putin is that he sees Russia as a great power. “Vladimir Putin sees Russia as a great country, a great power. Their main goal is to ensure that the US treated

END_OF_DOCUMENT_TOKEN_TO_BE_REPLACED 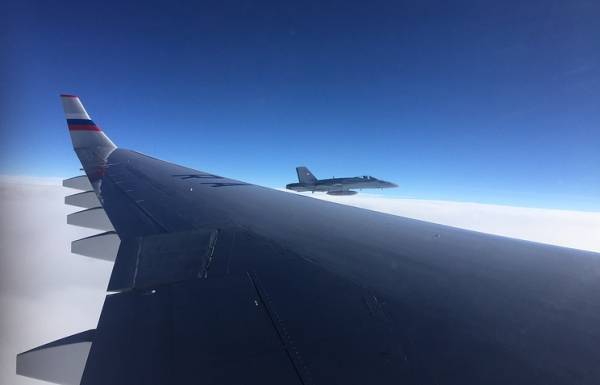 © Mikhail Metzel/TASS MOSCOW/LIMA, November 18. /TASS/. Plane Special flight detachment “Russia” bound for the Peruvian capital for the APEC summit, was met by fighters of the Swiss air force in the airspace of this country, and escorted to the border with France. No incidents during the span of the Russian airliner in the area of responsibility of the Swiss air force, there was not, however, the appearance of fighter jets in close proximity to him has caused considerable revival on Board.

END_OF_DOCUMENT_TOKEN_TO_BE_REPLACED 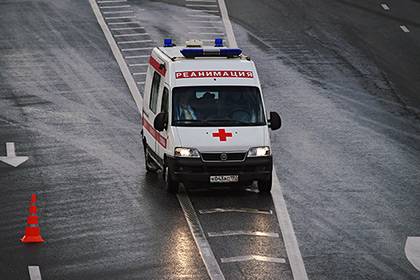 A resident of Izhevsk, who suffers from hallucinations on the background of alcohol, attacked him arrived to help staff emergency medical service, reported “Interfax” in the regional Department of the Investigative Committee of Russia. The incident occurred in the night of Wednesday, November 16. The man punched the paramedics with a knife in the neck when he entered the apartment on call mother. A wounded medic with a medical assistant was able to knock down the attacker and take away his weapon. The health status of a physician no data available. It is noted that a colleague was able to save him. Criminal case about attempt at murder (part 3 of article 30 and part 1 of article 105 of the criminal code). The man was remanded in custody by a court decision. On 16 August it was reported that unknown persons attacked the driver of an ambulance in Moscow.

END_OF_DOCUMENT_TOKEN_TO_BE_REPLACED 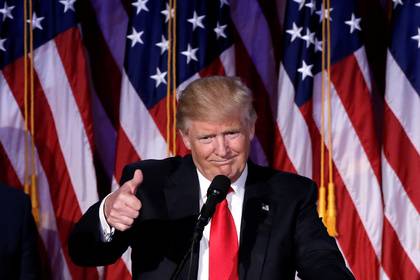 Donald Trump The US President-elect Donald trump has decided on candidates for key positions in his administration. On Friday, November 18, reported on the website transition team Republican. So, for attorney General trump chose the Senator from Alabama Jeff and Roman sessions, the Director of the CIA, he invited the Congressman from Kansas, Mike Pompeo. Adviser on national security issues becomes the General-the Lieutenant in resignation, Michael Flynn. All three had agreed to work in the administration of a new American leader. Candidates Pompeo and Roman sessions and must be approved in the qualities of the new Senate, said TASS. The candidate of the US presidential Advisor on national security to the approval of the legislators in the upper house of Congress is not required. Earlier, the TV channel NBC, citing its sources claimed that trump offered the post of U.S. Secretary of state MITT Romney. Also, according to media

END_OF_DOCUMENT_TOKEN_TO_BE_REPLACED

Photo: RIA Novosti The Commissioner for human rights Tatyana Moskalkova proposed to adopt the law on the procedure of drafting and adoption of laws to limit the number introduced by the deputies of the “absurd” laws, reports “Interfax”. She explained that the major disadvantage is that the procedure for the elaboration of the draft law stipulates only for the government and the Supreme court. “450 people (members) can make whatever they want, and we see such absurd laws that are made, irresponsible, sometimes populist, ironically, taking our time,” she said. Moskalkova also gave an example of how during her work in the state Duma, one of the deputies introduced a bill with a proposal to put a corrupt stamp.

END_OF_DOCUMENT_TOKEN_TO_BE_REPLACED

© Alexei Druzhinin/press-service of the Russian President/TASS This week in Sochi, Russian President Vladimir Putin held a series of meetings with the Ministry of defence and the enterprises of the military-industrial complex (MIC). It was on one of these meetings, the Minister of defence of Russia Sergei Shoigu announced the beginning of massive attacks of the Armed forces of the Russian Federation with the participation of the aircraft carrier “Admiral Kuznetsov” to the terrorists in Syria. “Defense week” was first held in 2013. According to Putin, this format “allows you to quickly find a solution to the problems that arise in our work (in the sphere of defense and defense industry)”. TASS has collected the principal statements of the President of the Russian Federation in the framework of the “week of the defense.” About the technical equipment of troops Approved plans to supply troops with modern weapons and equipment are

END_OF_DOCUMENT_TOKEN_TO_BE_REPLACED

Metamorphosis of the outgoing President Barack Obama, which occurred during a visit to Berlin, gathering more reviews. The tone of today’s Obama’s attitude towards Russia absolutely other, than at the beginning of his presidency.   Two years ago at the UN General Assembly in new York, the US President has put Russia in one row with the Ebola virus, which has claimed more than ten thousand of human lives, and banned in Russia as a terrorist organization ISIS.   The Berlin Declaration of the American President will surely go down in history as the most controversial of all, which he ever did. Eight years of open confrontation with Russia, which many are calling a new round of the cold war, and now in the care of Barack Obama is difficult to know.   “As for Russia, my point from the moment I became President, has always been unchanged. Russia –