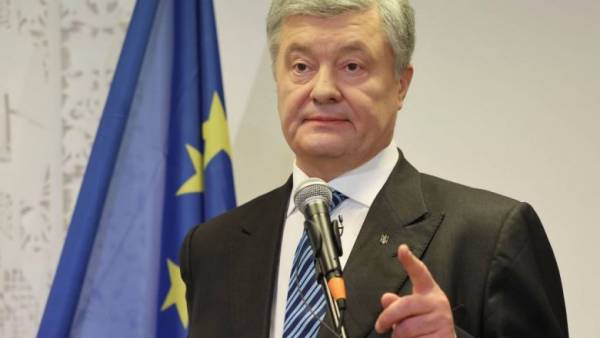 On Monday, 17 January, Poroshenko flew from Poland to Kyiv and appeared at the  Kiev, which will consider a petition for the arrest of the ex-president in the case of treason. The prosecution asked to arrest the politician for two months with the possibility of posting bail of 1 billion hryvnias ($35.8 million), as well as to oblige him to surrender his passports and wear an electronic bracelet if the court decides to post bail.

Poroshenko is also charged with the financing of terrorism and the creation of a terrorist organization, he faces up to 15 years in prison with or without confiscation of property.

According to the investigators, Poroshenko participated in supply of coal from part of Donbas not controlled by Ukraine at end of 2014 — early 2015, when he served as president of the country. The amount that Ukrainian state-owned enterprises spent on the purchase of coal is estimated at more than 200 million hryvnias (almost $7.2 million), Prosecutor General of the Republic Irina Venediktova said earlier.

Another defendant in the case was the head of the political council Ukrainian party «Opposition Platform — for life» Viktor Medvedchuk, who, according to the investigation, took on the function of “communicator”; on purchase of coal from Donbass. The latter is under house arrest, he is accused of treason, violation of the laws of war and assistance to terrorism. Both politicians deny their guilt.