Soldiers of the Syrian Arab Republic liberated from the terrorists almost half of the territory East of Aleppo. Fighting continues in the vicinity of the city, the Syrian army continues its offensive to consolidate the success. In the presented video captures the fighting near the city airport in the area of Sheikh Lutfi.   Earlier it became known that under the control of government forces moved 12 blocks East of Aleppo. Among them Sheikh fares, Badin, al-qadisiyah, Haidari, al-Ghani, Sheikh-Hashr, Sheikh Khader, al-Badr, Tariq Sheikh Najjar, Tiral-El Khalek, Bustan al-Basha and khays-es-Sahour.   In addition, currently more than five thousand civilians left still held by terrorists areas of the city and moved to safe quarters. There they receive a hot meal, medicines and warm clothes.

END_OF_DOCUMENT_TOKEN_TO_BE_REPLACED

HBO showed the first footage from the new “Game of thrones” HBO showed the first footage from the new season of “Game of thrones”, reports The Independent. During a demonstration of the next episode of “World Wild West” was presented the video on the HBO 2017. In particular, there were fragments of the new “Game of thrones”. According to the newspaper, these pictures are not particularly “spoilerly”. In one of them can be seen Sansa stark (played by Sophie Turner) in another of Jon snow (played by kit Harington) in the third — Arya stark (in her role Maisie Williams). Perhaps most significant here is that all three staff — members of the clan stark, the newspaper writes. It is expected that the premiere of the seventh season of “Game of thrones” will be held in summer 2017. Game of Thrones Season 7 is coming! pic.twitter.com/k3fDcQSJqk — Tyrion Lannister (@GoT_Tyrion)

END_OF_DOCUMENT_TOKEN_TO_BE_REPLACED

Trump and Obama spent talking 30 hours Assistant elected President of the USA Kelleen Conway said that Donald trump regularly turns for advice to the current head of state Barack Obama. On Sunday, November 27, according to CNN. “After trump won the election, they talked for about 30 hours. They regularly communicate on a variety of topics,” said she. According to her, yesterday, on November 26, the parties discussed the Cuban question. She refused to give other details, saying only that Trump likes to talk with the President, despite the differences in their points of view. “They get along well. Many things do not converge — it will not change,” she added. November 26, at 90 years of age died the leader of the Cuban revolution Fidel Castro. Obama expressed condolences to the family of revolutionary and offered the Cuban people a hand of friendship. In turn, trump called Castro

END_OF_DOCUMENT_TOKEN_TO_BE_REPLACED 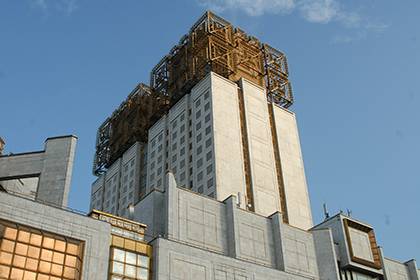 Russian Academy of Sciences (RAS) partially lose their influence due to dismissal of high-ranking officials who do not fulfill the President’s instruction not to combine the civil service and scientific activities. This point of view Monday, November 28, in an interview with “Tape.ru” stated the political scientist, the Deputy Director of the National Institute of development of modern ideology Gleb Kuznetsov. “The reputational damage [for RAS] great,” — said the expert. According to him, the leadership of the Academy will no longer be able “to use the title of academician of the corresponding members as a kind of administrative currency”. The analyst notes that public servants could give academic degrees in exchange for any service, for example, open access archives or economic assistance. “Perhaps excommunication Federal officials from academic positions deprive [the President of] Vladimir Fortov of resources, and soon will a new attack for this academic privilege,” — said

END_OF_DOCUMENT_TOKEN_TO_BE_REPLACED 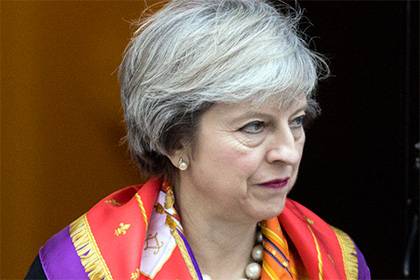 Theresa May British Prime Minister Theresa may said that the need to reconsider the role of the United Kingdom in a number of international organizations. On Monday, November 28, according to Reuters. At a press conference after talks with Polish counterpart Beate Szydlo Prime Minister was asked about the measures it plans to undertake in connection with Brexit. Mei explained: “We have to resolve a number of issues in the legal field and as regards our domestic Affairs. A former member of the European Union, we signed a number of international agreements that affect them and we think about how we will continue to treat these agreements.” As an example, may have led Europol — police service of the EU, in which Britain coordinates the work of his interior Ministry with the countries of the European Union. Theresa may became the Prime Minister of Britain after her party colleague David

END_OF_DOCUMENT_TOKEN_TO_BE_REPLACED

Photo: TC “Star” The head of Chechnya Ramzan Kadyrov in an interview with TASS said that he is ready to come to interrogation to the investigator in the case about the murder of politician Boris Nemtsov. “Yes, Boris Yefimovich [Nemtsov] died. I have already expressed the opinion on this fact. Nothing to add… I have absolutely nothing associated with him,” he said. According to Kadyrov, the Germans had never been his personal enemy or friend. He explained that the Germans “made himself an enemy of Russia – my country.” “Knowing that Nemtsov no use any more, his friends decided one gulp to remove two: shooting Nemtsov, to eliminate Kadyrov. But to me nothing they have not succeeded. I am absolutely calm, the lies and provocations do not respond. Send all away and live normally”, – said the head of the Republic. For a reminder that earlier Kadyrov has told about

END_OF_DOCUMENT_TOKEN_TO_BE_REPLACED

Viktor Yanukovych tried to illegally detain before the official ouster in 2014. The former President of Ukraine said during testimony via video conference Svyatoshinskogo court of Kiev.   “The actions that took place on the territory of Ukraine, was unconstitutional. First, I was the acting President. I tried to illegal detain, I was pressured officials who are, relatively speaking, was to provide the law and they violate it”, he said.   Yanukovych said that the decision on his removal from power was adopted on 22 February 2014 after 17:00 and about 14:00 he tried to detain at the airport of Donetsk.   “When I was in the air, I tried to land, scramble the jets. This was a military event,” stated the former President.   “The country has seen an armed coup. When I flew to Donetsk, the Manager ordered to return to Kharkov, but didn’t say why. I asked

END_OF_DOCUMENT_TOKEN_TO_BE_REPLACED

The TFR has completed the investigation into embezzlement during the construction of the cosmodrome “East” Moscow. 26 Nov. INTERFAX.RU — the Main investigatory management SKR has finished investigation of criminal case concerning the former Director and member of OOO “stroykonstruktsiya” Anatoly Ryazanov, who is accused of embezzlement during the construction of the cosmodrome “East”. “According to investigators, in 2012-2013 Ryazanov and the chief of the FSUE “”Spetsstroyservis” at Spetsstroy Russia” Andrey Yartsev, together with three accomplices, acting in an organized group, squandered in favor belonging Ryazanov and the other partner, OOO “stroykonstruktsiya” entrusted to Yartsevo funds of the Federal budget of more than $ 1.1 billion through the acquisition at open company “stroykonstruktsiya” at artificially inflated prices of steel for the construction of the cosmodrome “East”. Thus the real costs of these steel structures was of the order of 600 million roubles, — have informed “Interfax” on Saturday the official

END_OF_DOCUMENT_TOKEN_TO_BE_REPLACED

Turkish builders are scared of the bear In the Turkish province of Bolu builders, who led the excavation work, disturbed brown bear, writes Daily Mail. The head is frightened by the excavator of the beast appeared in the crumbling hole in the excavated hill. Bear began to dig the soil to expand the hole and get out. In the end, the animal succeeded and irregular retreated from the construction site. As the newspaper notes, the bear in the video looks a received stress, but physically, it seems, was not injured.