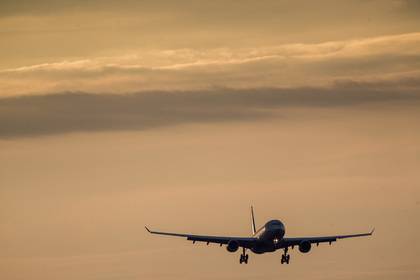 Ukraine was established without consultation with Russia a new threat to implement a no-fly zone over the waters of the Black sea near Crimea. About it reports on Tuesday, November 29, the Federal air transport Agency.

As noted in Rosaviation, the danger zone affect the sovereign airspace of Russia at a distance of 6 to 10 nautical miles (11 to 18 kilometers) from the neutral waters. Control air traffic in this area is administered by the managers of the flight information region of Simferopol.

“Once again, in violation of the requirements of the International civil aviation organization (ICAO), Ukraine has not coordinated their action on the establishment of danger zones over neutral waters with GK ATM [the state Corporation for air traffic management]”, — stressed in the Department.

At the same time, the Federal air transport Agency said that flights over the Crimea such actions of the Ukrainian authorities do not threaten. The airspace over the Peninsula will not be closed, the safety airlines connecting Simferopol with other cities of Russia, guaranteed.

The Agency has described Kiev’s actions as politically motivated, which “cross the line and are highly provocative”. About the incident the Rosaviation will inform ICAO and the representatives of the States members of the organization.

On 25 November it became known that Ukraine has decided to conduct missile firing over the high seas and in the airspace of Russia in the Crimea. The Rosaviation has demanded from Kiev immediate cancellation of the issued notifications to activate a threat zones in the airspace. The Russian defense Ministry has protested the Ukrainian side.

Adviser to the head of Federal air transport Agency Sergei Izvolsky said that to close the sky over the Crimea for flight due to the intentions of Kiev to conduct a missile firing is planned.