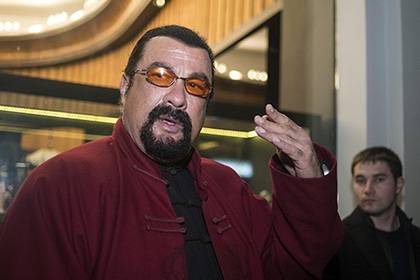 Stephen Signalprocessing: the Kremlin explained issuance of citizenship Seagal in his warm feelings toward Russia

“To take the citizenship of the Russian Federation Steven Frederic Seagal born April 10 1952 in the United States of America,” the document says.

In September, the actor has announced plans to obtain Russian citizenship. “I’d really like a few months a year to spend with your friends in Russia, with people who love me here and wait” — he explained. Then he prepared a project for the development of sport in Sakhalin Korsakov and the development of the city.

In January, Segal became a citizen of Serbia.

Seagal is known for his roles in action movies. On account of his nearly 50 films, including “neither alive Nor dead”, “maximum depth”, “Today you die” and “Machete”.

In January 2013 French actor Gerard Depardieu has received from President Vladimir Putin, the Russian passport for the contribution to development of culture and cinema. He also retained French citizenship.