Russia does not intend to weaken the focus on security in the Caucasus. This conclusion can be reached, assessing the adopted on the eve of the state Duma of the Russian Federation the Federal law ratifying the Agreement on creation of the joint grouping of troops (forces) of the armed forces of the Russian Federation and the Republic of Abkhazia.

The key point of the document is that created by the grouping will have to ensure adequate response to an armed attack, as well as other threats to the military security in respect of any of the parties. The term of the Agreement the agreed framework of the Treaty on Alliance and strategic partnership of 24 November 2014 (10 years), however, it may be automatically renewed for subsequent periods.

On the basis of mutual consent

The agreement on a unified grouping, in fact, creating a common space of defense and security, where an attack on one country would be regarded as aggression against the other. And this is perhaps the most important thing. Another important point is that the composition of the group will include formations, military units and subdivisions of armed forces of the two countries, and they will act under unified command, a single concept and plan. The user in normal circumstances will provide the operational group, and in the period of imminent danger and in wartime – the unified command.

Now the structure of the group represented Russian military base, and two Abkhaz infantry battalions, artillery and aviation groups, and separate detachment of special forces of armed forces of Abkhazia. An Addendum to the Agreement stipulates the procedure for resolving of organizational issues, including logistics, planning and conduct of joint activities of operational and combat training. 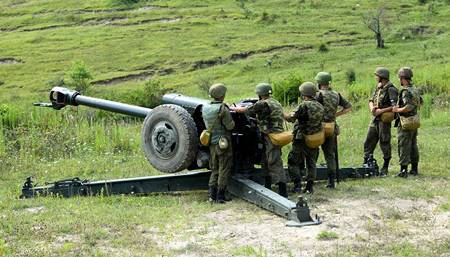 A clearly defined task groups: these include the timely opening of the preparation of armed attack on any of the parties, a reflection of aggression, the hold occupied areas, lines and positions, the defeat of groupings of enemy troops. Also to the tasks assigned cover border of Abkhazia (in a defined area of responsibility), radar reconnaissance of the air space, cover from air attack, electronic protection, participation in liquidation of consequences of emergency situations and a number of other issues.

The agreement specified that the commander of the joint group will be appointed by the Russian side as his Deputy Abkhaz. The solution is the use of troops (forces) will be accepted by both sides: the Supreme Commander of the Armed Forces of the Russian Federation and Commander of the Armed Forces of the Republic of Abkhazia. In the explanatory note to the draft law on ratification of the Agreement clearly pointed out: the implementation of this normative-legal act “fully meets the interests of Russia and will strengthen the security of the two States.” 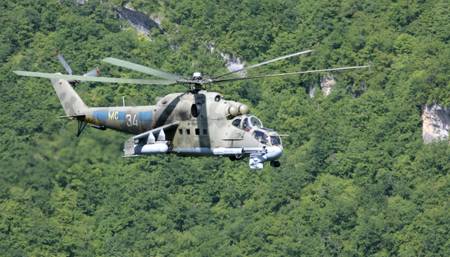 The participation of our country in ensuring peace in Abkhazia in the latest period of life of the Republic, (now have a full-fledged state) cannot be overemphasized. Suffice it to say that it is on the basis of the Russian Armed Forces in 1994 by decision of the Council of heads of CIS States was formed by the Collective peacekeeping forces in the Georgian-Abkhaz conflict. The bloody conflict of the early 1990s, later called “domestic war of people of Abkhazia”, was the result of rash decisions of the Georgian leadership about entering into the region of the national guard.

They in Tbilisi hoped punitive hands to “deal” with the local Parliament and “pacify” the rebellious territory. However, the Abkhaz people come to the defense of their right to self-determination. The outcome of the conflict was the death of not less than four thousand residents of Abkhazia (from Georgia killed the same). Only the deployment of Collective forces allowed the separation of the conflicting parties to create a security zone, which contributed to ending the bloodshed and start political dialogue.

After the events in 2008 and the recognition of Abkhazia as an independent state, the authorities have secured the presence of Russian troops on its territory. By mutual agreement it housed units of the 7th Krasnodar red banner order Kutuzov order red Star military base now inbound to the command of the southern military district. 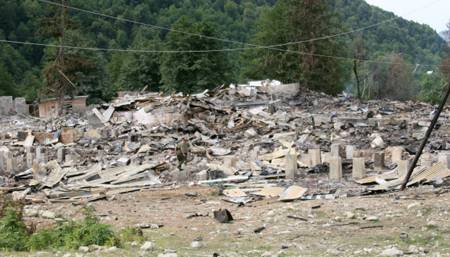 Formed in 2009, this connection became the successor of the 131st Maikop motorized rifle brigade. It is noteworthy that its troops completed units of the Collective peacekeeping forces in the Georgian-Abkhaz conflict and has long carried the watch peacekeeping in the region.

The current life of the base – complete study, the maintenance of the necessary combat “tone”. In the connection there are three General ground – Gudauta, Nagvalou and Tsabal, the use of which is agreed with local authorities. Last year with the personnel database was conducted more than a hundred exercises and over a thousand training and combat firing practice, noted in the headquarters of the southern military district.

In service connections consist of tanks T-90A, a 122 mm D-30 howitzers, mortars 2B-11 “Sled”. As planned is the renewal of military equipment, for example, last year there came a new BTR-82A, mobile reconnaissance posts of PRP-4A Argus and other weapons.

Base confidently settles on the hospitable Abkhazian soil. For complete furnishing of a military contingent no obstacles. At the end of last year was completed the delivery of the residential complex consisting of 19 two-storey houses on three hundred apartments. By the end of this year it is planned to complete the construction of another similar complex of housing for servicemen. The construction of the kindergarten and school. 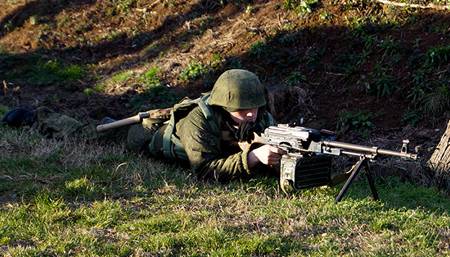 The Chairman of Committee of the State Duma on defence the General-Colonel Vladimir Shamanov called the law ratifies the Agreement “a great success for the support of our straight allies step towards the strengthening of Russian presence in the Caucasus.” At the time, remembers the General who conducted a range of activities, which closely followed the Russian defense Ministry.

“I then headed the Main Directorate for combat training and I was appointed chief inspector for analysis of situation in South Ossetia and Abkhazia, – said Vladimir Shamanov. We came to the conclusion that brewing the prerequisites for direct aggression against these republics. Was adopted a number of measures, and when the attack occurred, it was decided to create a group, which I headed”.

According to the memoirs of Colonel-General Vladimir Shamanov, Georgia was a clear planned steps for an attack on Abkhazia and South Ossetia. “In Poti, the Georgian buildings of structures, we found the operational plans prepared by the Americans, emphasizes General Shamanov. – And moving in the direction of Kutaisi, we approached for an American military base. The infrastructure has been created there”. 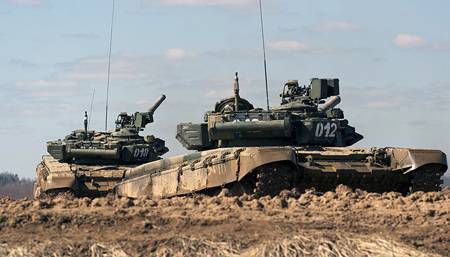 “Ratification of the agreements with Abkhazia fully meet national security interests of the two countries”, – stressed the Chairman of the lower chamber of the Russian Parliament Irina Yarovaya. She is convinced that the agreement is not directed against third parties and are in the nature of the joint protection of the territorial integrity of provocations and illegal actions.

“Protection, protection, cooperation, Alliance and partnership – the main point of interaction between Russia and Abkhazia. We remember aggression and violence in the address of Abkhazia and today is important to us peace and security in the region, the security of citizens”, – said the Vice-speaker of the state Duma.

That the ratification of the Agreement on creation of the joint grouping of troops (forces) will have a positive impact on the development of Russian-Abkhaz relations, and I am sure the first Deputy Chairman of state Duma Committee on CIS Affairs, integration and relations with compatriots Konstantin Zatulin. It is not only about ensuring peace and security in the region and confirmation of the line integrity, and to reside freely on the territory of Abkhazia of the people who passed through the crucible of the Georgian-Abkhaz conflict. Russia, according to the parliamentarian, takes these people under protection, the maximum developing military cooperation with the Republic. To Russia – with an open heart

“The presence of Russian troops is a deterrent to a revanchist minded representatives of the Georgian authorities, – said the President of the Republic of Abkhazia Raul Khajimba. – The Russian base is the guarantee of security and stability of the entire region. Thanks to full cooperation with Russia failed to ensure the safety of our people.”

It is the stay on the territory of Abkhazia peacekeeping force, composed exclusively of Russians, according to the Abkhaz leader allowed Abkhazia during the hardest period of 1992-1993 to survive as a state, and subsequently to be recognized by Russia. According to Raul Khajimba, currently have established active cooperation of the defense ministries of the two countries. “We are ready to get a relationship in this area has moved to a completely different level – emphasizes Khajimba. – The Abkhaz people expressed their attitude to the great neighbour with warmth, good attitude to the Russians, who come to us, and, above all, to the military and border guards”.

Russians in uniform in this country is really respected. “How could it be otherwise, when more than one hundred soldiers from the peacekeeping forces put in our heads for peace and security of the Abkhaz people? – said Raul Khajimba. – We honor the memory of all who died in the name of the Holy things. On our mountain passes during the great Patriotic war, fought the Russians and the Abkhazians, representatives of different nationalities. We have a common history. This story impossible to forget, impossible to erase. And we must do everything to ensure that young generations have honored the memory of their great grandfathers, grandfathers, fathers and contemporaries who gave their lives in the name of freedom and bright future of our countries.”