The head of security service of flights of aircraft of armed forces of the Russian Federation Sergey Bainetov said that the Tu-154 plane crashed, was technically sound before the crash.   “The plane was technically serviceable. Extreme maintenance work was carried out in September 2016,” said Binetou.   Also Bainetov noted that the commander of the crew of the Tu-154 – military pilot, first class, major Volkov Roman. His crew many times carried out flights on a given route.   Tu-154 crashed in Sochi on the morning of 25 Dec. On Board were 84 passengers and eight crew members. Among them – actors of the Alexandrov Ensemble, including artistic Director and chief military conductor of the Russian Federation Valery Khalilov, doctor Elizaveta Glinka (known as Dr. Lisa), Director of the Department of culture Ministry of defence Anton Gubankov and nine journalists. Photo: Anton Belitsky Russian Look / globallookpress

END_OF_DOCUMENT_TOKEN_TO_BE_REPLACED 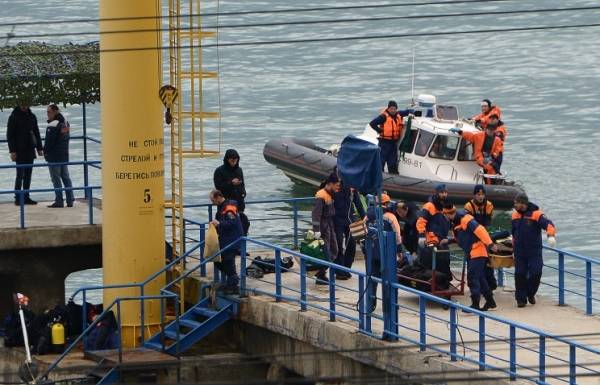 © Artur Lebedev/TASS MOSCOW, December 25. /TASS/. The reasons for the review of certain Ukrainian politicians and public figures who have expressed “joy” in social networks in connection with the crash of the Tu-154, lies in the fact that the authorities in Kiev came the nationalists and radicals. This was written by the official representative of Russian foreign Ministry Maria Zakharova on his page in social network Facebook.

END_OF_DOCUMENT_TOKEN_TO_BE_REPLACED 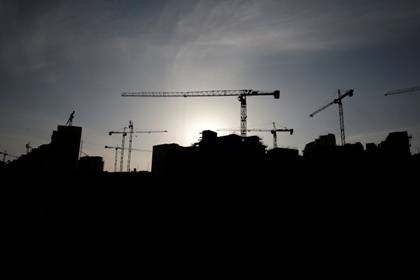 The construction of the Israeli settlement of har Homa Russia’s foreign Minister explained the country’s position on the issue of Israeli settlements in the Palestinian territories. The corresponding statement posted on the website of the Russian foreign Ministry on Saturday, December 24. “The Russian Federation voted “for” [the adoption of UN security Council resolution demanding to stop the construction of settlements], on the basis that its content is based on proven formulations, reflecting a common and repeatedly reaffirmed the international community’s position on the illegality of Israeli settlement activities”, — stated in the text. The diplomats emphasized that Russia proceeded from the fact that “the greatest positive effect of the adoption of the resolution on this urgent issue on the international agenda, could be achieved if its consensus support.” “All our experience confirms that the settlement of the Palestinian-Israeli conflict, with the yield on the two-state solution is possible only

END_OF_DOCUMENT_TOKEN_TO_BE_REPLACED 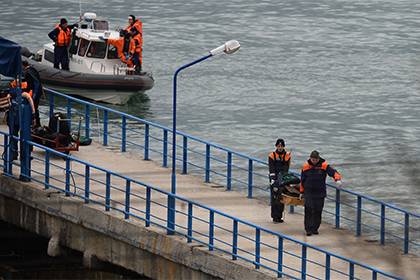 In Sochi from Moscow came the first relatives of the victims in the crash of Tu-154 crashed into the Black sea on Sunday, December 25. About it reports TASS. In Sochi airport they were met by psychologists of EMERCOM and representatives of the city authorities. Relatives of the victims were taken to the sanatorium of the Ministry of defence. According to the Department of health Sochi medical services were transferred in the mode of increased readiness on behalf of the mayor of the city Anatoliy Pakhomov and the head of the Ministry of healthcare of Krasnodar Krai Yevgeny Filippov. At the airport are more than 30 experts to provide assistance to relatives of victims of the crash. As reported on the website of the Ministry of labor, the head of Department Maxim Topilin instructed to organize the payments to the families of the victims. In particular, the Pension Fund of

END_OF_DOCUMENT_TOKEN_TO_BE_REPLACED

Photo: RIA Novosti Russian President Vladimir Putin said, commenting on the proposal on payments to “children of war” that he supports this initiative, but we need carefully to consider. Communist party leader Gennady Zyuganov at the meeting of the President with representatives of both chambers of Parliament invited Putin to return to the issue concerning the children of war. “It’s only 120-140 billion 12 million. The average pension of 12 thousand with the growth of prices. Can’t survive, just a shame in the eye. Need to get back in the new year and make a decision,” — said Zyuganov. “About children of war. I want to do it. Just know that you need to carefully considered”, — Putin said. “Remember, I once spoke to an initiative to provide housing for all veterans. It was my initiative. The first figure that we got after calculation for all regions — 12 billion

END_OF_DOCUMENT_TOKEN_TO_BE_REPLACED

Tu-154 took off from the airfield near Moscow Chkalovsky in the night on Sunday. On Board were 84 passengers and 8 crew members. The plane was flying at an air base in Latakia Hamim. At Adler airport liner completed the refueling. After two minutes after takeoff, it disappeared from the radar screen.   “Singing guns” – so named for the artists twice red-bannered Academic song and dance ensemble of the Russian Army Alexandrov. They have always been at the forefront and gave concerts to the hottest spots of the planet. Their voices became the hallmark of the country, and the names known throughout the world.   On Board the Tu-154 was Elizaveta Glinka – resuscitation and an anesthesiologist by training, his life had been devoted to save the children. In Syria it was carrying medical supplies for local hospital. Just a few days ago she received the state award from

END_OF_DOCUMENT_TOKEN_TO_BE_REPLACED 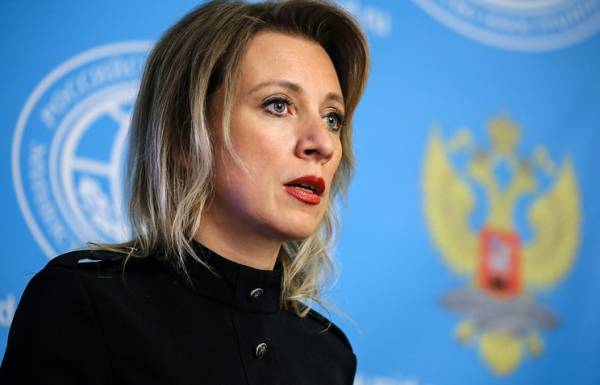 The official representative of Russian foreign Ministry Maria Zakharova © Sergei Savostyanov/TASS VLADIVOSTOK, December 25. /TASS/. The foreign policy of the Obama administration during the eight years of his presidency, called “the revulsion of the whole world”. This opinion in the program “Sunday evening”, which was broadcast on air of TV channel “Russia 1” in the far East, stated the official representative of Russian foreign Ministry Maria Zakharova. “I think this is the man (Obama) and the team – of course, under the man we mean a team in the international arena was bad for everyone. It seems to me that this eight-year reign under the slogan of their exclusivity they aroused disgust around the world. They did not fulfill any of the obligations which they took before the same countries, they did not fulfill what was delegated to them, including the American people on the international arena,” she said.

END_OF_DOCUMENT_TOKEN_TO_BE_REPLACED 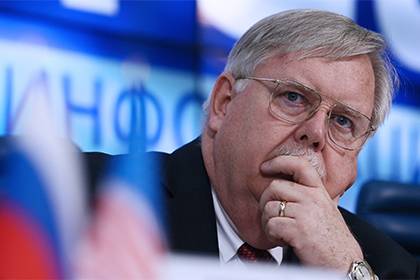 John Tefft U.S. Ambassador to Russia John Tefft expressed his condolences in connection with the crash of Tu-154 of the Ministry of defence in Sochi. This was reported by the official representative of the U.S. Embassy Maria Olson on Twitter. — Maria Olson (@USEmbRuPress) December 25, 2016, 09:06 The Secretary General of the Council of Europe Thorbjorn Jagland also expressed his condolences to Russia in connection with the crash, reports “Interfax”. “Our thoughts are with the families and friends of the victims. We think of them in this sad time for Russia day,” — said Jagland. Earlier on December 25, the condolences expressed by the President of Russia Vladimir Putin and Prime Minister Dmitry Medvedev. The Tu-154 223-aircraft division of the Ministry of defence disappeared from radars at 05:27 MSK on December 25 after taking off from Sochi. Where he came from near Moscow Chkalovsky to refuel. The aircraft was

END_OF_DOCUMENT_TOKEN_TO_BE_REPLACED 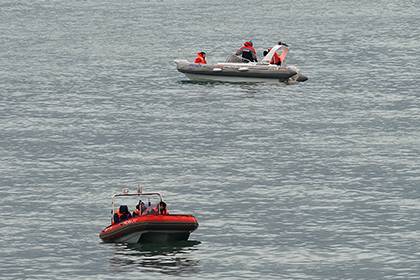 The social insurance Fund of Russia will pay one million rubles to the families of nine journalists and the Executive Director of the Fund “Fair aid” Elizabeth Glinka, who died in the crash of Tu-154. On Sunday, December 25, reported the press service of the organization, reports RIA Novosti. “The social insurance Fund of the Russian Federation to pay compensation in the amount of 1 million rubles to all the families of the victims were in the performance of duties during the crash of Tu-154”, — stated in the message. It is noted that a decision on the size of payments to relatives of members of the Alexandrov ensemble is pending. Earlier on Sunday it was reported that the Minister of labour and social protection Maxim Topilin instructed to organize the payments to the families of the victims. In particular, the Pension Fund of Russia should establish their pensions in

END_OF_DOCUMENT_TOKEN_TO_BE_REPLACED

Photo: RIA Novosti Thanks to the actions of VKS RF terminated the collapse of the Syrian state. DL this said the Minister of defence of Russia Sergey Shoigu during his speech at the meeting of the Collegium of the Ministry of defence of the Russian Federation. Shoigu also said that during the RAID a Russian HQs in Syria, only destroyed more than 35 thousand fighters. Also, according to the defense Minister during the operation, the Russian pilots there were 18 thousand 800 departures and also caused 71 thousand strikes on terrorist infrastructure. Shoigu also noted that thanks to the actions of the Russian centre for reconciliation in Syria has surrendered more than 9,000 extremists.