The Verkhovna Rada Committee on legislative support of law enforcement plans to consider the issue about resignation of the Minister of internal Affairs Arsen Avakov. About this in Facebook said MP of Ukraine Ihor Lutsenko.   According to him, the MPs will consider the draft resolution on the resignation of the Minister on Wednesday, December 21.   Recall that the rumors about the resignation of Avakov from the post of Minister of the interior showed up today. This was reported to news Agency “Kharkiv” , referring to the former Ukrainian MP Oleg Tsarev.   According to Tsarev, Ukraine has submitted his resignation to Prime Minister Vladimir Groisman 8 Dec.   Tsarev stressed that, although the information about the resignation of Avakov is not in the Ukrainian media, and the head of the interior Ministry has not commented on the rumors, he was inclined to trust this source of information. Photo:

END_OF_DOCUMENT_TOKEN_TO_BE_REPLACED

In an accident in the Orenburg region killed seven people Moscow. 10 Dec. INTERFAX.RU — Seven people were killed and four hospitalized in a road accident in Gai district of the Orenburg region, has informed Agency “Interfax” in a press-service UMVD of the region on Saturday. A car accident occurred at about 17:30 Moscow time on 249 km of the highway Orenburg — Orsk. As a result of collision of three cars, their brands are established, seven people died, four more were hospitalized in hospitals of the city of Orsk.the press service of the Ministry of internal Affairs of the Orenburg region At the place of work police officers who collect the materials. The results of verification and establishing the circumstances of the accident will be a procedural decision. The first photos from the scene of a terrible #accident near Orenburg, where 7 people were killed https://t.co/xzYrg9TkZO#новости pic.twitter.com/M1fgYRwoN7 — REN-TV

END_OF_DOCUMENT_TOKEN_TO_BE_REPLACED

In Canada arrested rufer from Russia In Canada have arrested a Russian rufer Oleg Cricket, radio station “Moscow Says”. According to preliminary data, claims against the man arose after police viewed a video in which Cricket performs stunts on top of a skyscraper in Toronto. Do you want a ride? F*ck the haters Video posted by THE ONE (@olegcricket) 6 December 2016 3:29 PST Man accused of burglary, trespassing and inappropriate behavior. Similar charges were also brought against the operator, who filmed the video. Oleg Cricket performed similar stunts on skyscrapers in Russia, Germany, France and the United Arab Emirates.

END_OF_DOCUMENT_TOKEN_TO_BE_REPLACED

The Minister of defence of great Britain called Russia a strategic competitor of the West The Minister of defence of great Britain Michael Fallon is ready to work with Russia to achieve settlement of the situation in Syria, but says Russia is a strategic competitor of the West. He stated BBC television and radio Corporation on Sunday, December 11. Read alsoPutin has made the shortlist of the rating “the person of year” magazine Time “I am ready to work with the new Minister of defense (USA) James Mattis… to de-escalate tensions in relations with Moscow, and as I said, to continue to work with Russia over how to resolve the conflict in Syria,” — said the head of the British defense Ministry. Thus, according to him, we should not treat Moscow as “equal” side. He noted that Russia is a “strategic competitor” to the West. “We must understand this,” concluded

END_OF_DOCUMENT_TOKEN_TO_BE_REPLACED 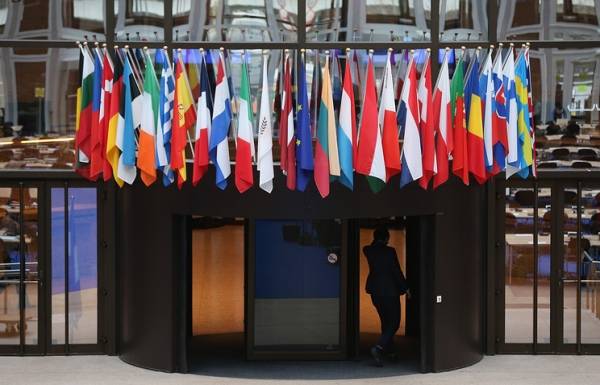 © Dan Kitwood/Getty Images BELGRADE, December 12. /TASS/. Moscow is aware of the EU written instructions about the statements addressed to Russia. This was stated by Minister of foreign Affairs of the Russian Federation Sergey Lavrov.

END_OF_DOCUMENT_TOKEN_TO_BE_REPLACED 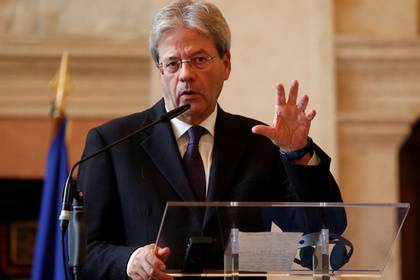 Paolo Gentiloni The new Prime Minister of Italy Paolo Gentiloni on Monday, December 12, announced the composition of his government, reports Reuters. For the post of Minister of foreign Affairs in the previous government occupied himself Gentiloni appointed Angelino Alfano, former head of the interior Ministry. Many of the key members of the Cabinet retained their posts, in particular the Ministers of economy, industry, health and justice. In the coming days, the Parliament must decide on the confidence in the new government. Meanwhile, some parties are unhappy that their proposals for participation in the study were not satisfied said that you can vote against it. Italian President Sergio Mattarella, Sunday, December 11, Gentiloni called to his residence and instructed him to form a government. Earlier, on December 7, he accepted the resignation of Matteo Renzi, who announced the decision to leave the post of Prime Minister due to the fact

END_OF_DOCUMENT_TOKEN_TO_BE_REPLACED 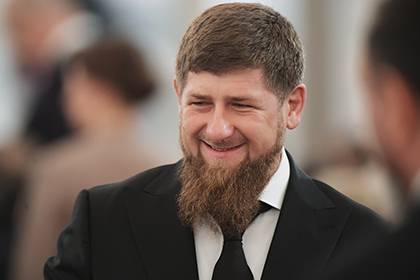 Ramzan Kadyrov Residents of the village of Nivenskoe Bagrationovsky district of Kaliningrad region sent an open letter to the head of the Chechen Republic Ramzan Kadyrov, reports FlashNord. The villagers protesting against the construction of a mining and processing plant, asked Kadyrov to include their settlement in the Chechen Republic “and to restore order.” “The problem of the construction Nivinskogo GOK two years terrorizing the locals, and we know that terrorists have a short conversation!” — it is noted in the text. From the letter that informed the initiative group of residents appealed to the political parties, the President, regional and Federal government prosecutors. “Now, we probably can only help the superhero, and the Hero of Russia for this problem is quite appropriate,” say the authors of the document. Kadyrov, according to the Kaliningrad villagers will not communicate with the “Industrialists” that enjoy the highest privileges and expect to withdraw

END_OF_DOCUMENT_TOKEN_TO_BE_REPLACED

Photo: RIA Novosti Prime Minister of Russia Dmitry Medvedev said that sanctions against Russia are not worth the damage they cause to business in the field of Russia’s trade with other countries. About it reports TASS. “You know our position: there are no economic sanctions, unfortunately, does not compensate for the economic harm to the business. But we do not came up, so not for us to raise the question of the lifting of sanctions, the main thing now is to minimise the difficulties that exist,” Medvedev said after talks with Prime Minister of Finland, Juha Sipilä. He also stressed that Russian-Finnish foreign trade “suffered”, significantly down from a peak of $22 billion turnover in 2013. Earlier the President of Russia Vladimir Putin said that sanctions are increasingly used for political purposes.

END_OF_DOCUMENT_TOKEN_TO_BE_REPLACED

Fighter su-30CM © Marina Lystseva/TASS MOSCOW, December 12. /TASS/. Three new su-30SM fighter jets joined the naval aviation of the black sea fleet, said the representative of the press service of the black sea fleet Vyacheslav Trukhachev. According to him, the aircraft had already arrived to the place of permanent deployment to the airfield of Saki in the Crimea. “The aircraft was built at the Irkutsk aviation plant and transferred to the naval aviation black sea fleet in the framework of the renewal of the aircraft fleet of the Navy. After long flights of the fighters were part of separate Maritime attack aviation regiment of the black sea fleet,” – said Trukhachev. He explained that the crews of the su-30SM previously trained in the training center of naval aviation of the Russian Navy in Yeisk and now preparing for the flight under the program of commissioning of new equipment. Su-30CM

END_OF_DOCUMENT_TOKEN_TO_BE_REPLACED

Terrorist group ISIS have been able to transfer large forces to storm Syrian Palmyra, taking advantage of the fact that the Western coalition has suspended active operations in raqqa. This was reported in the Ministry of defence of the Russian Federation.   “Using the fact that active hostilities of the US and the international coalition in the area of Raqqa were suspended until the spring, ISIS has deployed large forces in the assault on Palmyra,” – said the official representative of the military Department Igor Konashenkov.   Major-General confirmed appeared earlier in mass media information about the fact that the assault on Palmyra from Raqqa and Deir-ez-Zor arrived to five thousand terrorists in stock which have infantry fighting vehicles, tanks and jeeps with heavy weapons.   “The attack of terrorists on the city was carried out in three directions: from the North, East and South. The total number of attackers