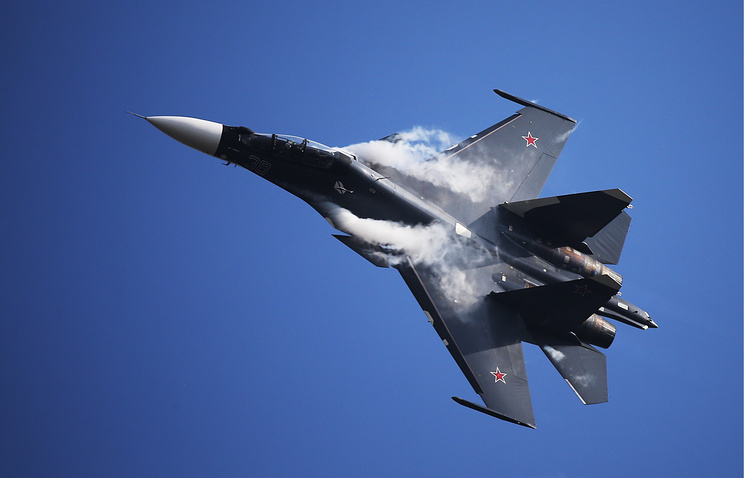 According to him, the aircraft had already arrived to the place of permanent deployment to the airfield of Saki in the Crimea.

“The aircraft was built at the Irkutsk aviation plant and transferred to the naval aviation black sea fleet in the framework of the renewal of the aircraft fleet of the Navy. After long flights of the fighters were part of separate Maritime attack aviation regiment of the black sea fleet,” – said Trukhachev.

He explained that the crews of the su-30SM previously trained in the training center of naval aviation of the Russian Navy in Yeisk and now preparing for the flight under the program of commissioning of new equipment.

Su-30CM – a super-maneuverable multifunctional fighter generation “4++”, these aircraft are operated on the black sea fleet in 2015.