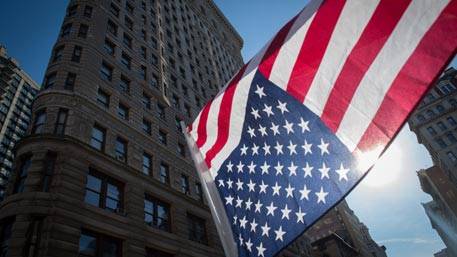 END_OF_DOCUMENT_TOKEN_TO_BE_REPLACED

MOSCOW, December 29. /TASS/. The head of the Committee of the lower house of Parliament on science and education Vyacheslav Nikonov considers necessary to carry out in the state Duma parliamentary hearings on Thursday rejected Russian President Vladimir Putin, the act establishing the Federal and regional information systems “students”. His opinion was expressed in an interview with TASS.

END_OF_DOCUMENT_TOKEN_TO_BE_REPLACED 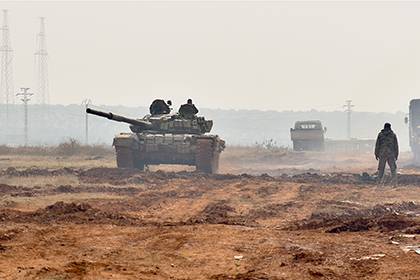 Major Islamist Syrian rebel group “Ahrar al-sham” refused to sign the agreement on cease-fire. About it reports Reuters with reference to the statement of its representative Ahmad Ali Kur. According to him, the “Ahrar al-sham” there are some doubts about the proposed agreement and related negotiations. In more detail, the group promises to present “in due time”. Earlier on Thursday, 29 December, Russian President Vladimir Putin said the agreement on a cease-fire in Syria and the readiness of the leadership of the Republic and the armed opposition to open peace negotiations. The armed Syrian opposition groups pledged to join the nationwide ceasefire proposed by Russia and Turkey. It is assumed that, if we can reach a sustainable truce, representatives of the Syrian government and opposition will start in Astana, political discussion, conflict resolution, and guarantors of the peace process will perform Moscow and Ankara. At the same time, earlier it

END_OF_DOCUMENT_TOKEN_TO_BE_REPLACED 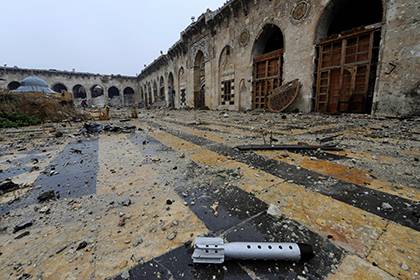 Aleppo The presidents of Russia and Syria Vladimir Putin and Bashar al-Assad in a telephone conversation discussed the truce agreement in the country. This was reported on the official Kremlin website on Thursday, December 29. “Commended achieved with the mediation of Russia and Turkey, the agreements on the ceasefire and the transition to the political process. The Syrian leader expressed his willingness to respect them”, — stated in the message. The Kremlin added that, according to both sides, “the launch of the Astana talks on the Syrian peaceful settlement would be an important step towards the final resolution of the crisis.” Earlier Thursday, Russian President Vladimir Putin said the agreement on a cease-fire in Syria and the readiness of the leadership of the Republic and the armed opposition to open peace negotiations. The armed Syrian opposition groups announced that they are ready to join the nationwide ceasefire proposed by Russia

END_OF_DOCUMENT_TOKEN_TO_BE_REPLACED

Photo: RIA Novosti The Russian Embassy in Poland said that the fact that “Smolensk” crash seven years ago is still the subject of political speculation, is regrettable, according to the Rambler/news citing the official website of the Embassy. In response to the request of Warsaw to reclaim the wreckage of the plane Tu-154 of Polish President Lech Kaczynski which crashed near Smolensk on 10 April 2010, the Russian Embassy issued a statement. It States that “in respect of the transfer to the Polish side of the wreckage — it makes no sense to once again explain why the wreckage needed by Russian investigators, while in Russia there are investigative actions”. It is noted that “the Polish community, for which this issue is so sensitive that the Polish investigators by no means limited to, and never limited the access to this wreckage”. The report stated that investigators can at any time

END_OF_DOCUMENT_TOKEN_TO_BE_REPLACED

Outgoing President Barack Obama intends to enter against Russia new sanctions. The paradox lies in the fact that the restrictive measures will be introduced because of the myth has not yet been provided with any evidence of Moscow’s involvement in the cyber attacks on the Democratic party of the United States and, consequently, to the defeat of Hillary Clinton.   That the Obama administration is preparing to take counter-measures against Russia for alleged interference in the American presidential election, told CNN.   Without disclosing details, the White house noted that we are talking about new measures of economic and diplomatic influence on Moscow. Journalists spoke about netom informal plan, which the U.S. intends to strike at Russian servers.   “All the cyber attacks that took place, and especially Russia, had a strong influence on our system, in our political process. They invaded the American elections. They publish on a regular

END_OF_DOCUMENT_TOKEN_TO_BE_REPLACED

MOSCOW, December 29. /TASS/. Russian President Vladimir Putin signed a law regulating the use of physical force, special means and firearms by prison staff to prisoners. The corresponding document was published on the official portal of legal information.

END_OF_DOCUMENT_TOKEN_TO_BE_REPLACED 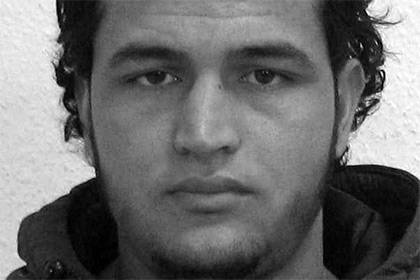 Anis Amri The video, which the executor of the terrorist act in Berlin Anis Amri swears allegiance to the terrorist group “Islamic state” (IG, is prohibited in Russia), recognized as authentic. On Thursday, December 29, Die Welt reported, citing data from the Prosecutor’s office of Germany. The video, which people like Amri, swears allegiance to the group and its leader Abu Bakr al-Baghdadi appeared online four days after the attacks in the German capital. According to police, the recording was made in Berlin. In addition, the office of public Prosecutor has informed that from-under guards released 40-year-old Tunisian, who was arrested on December 28 on suspicion of complicity in preparing a terrorist attack. As told by investigators, they failed to establish a direct link between him and the perpetrator of the attack. On December 19 in the German capital was a terrorist attack. Truck driving, according to police, was a

END_OF_DOCUMENT_TOKEN_TO_BE_REPLACED 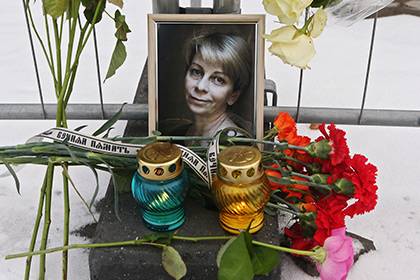 In the state Duma supported the idea to establish the award named Elizabeth Glinka (Dr. Lisa) for people involved in charity work. This was stated by Deputy Chairman of the Duma Committee on labor, social policy and veterans Affairs Mikhail Tarasenko, reported online edition m24.ru Thursday, December 29. “Such as Glinka — a little. Thus, it will be possible to honor her memory, and at least to support those who are going down the same path — involved in charity work. I think this is correct”, — said Tarasenko. A petition on the website Change.org to establish a state award of a name of Glinka, “awarded for extreme dedication to helping the children, the disadvantaged, the victims of armed conflicts”, signed by more than 105 thousand people. Earlier it was reported that in honor of the Glinka will be named the Republican children’s clinical hospital in Grozny and palliative care

END_OF_DOCUMENT_TOKEN_TO_BE_REPLACED

Photo: TASS Relations between Moscow and Brussels in the past 2016 is not the best way. The EU unilaterally reduced the number of official visits, imposed new sanctions against Russia, as well as continued anti-Russian rhetoric. EU policy has led to the internal crisis of Europe itself. Countries of the EU at the end of 2016 was in a state of turbulence, there were enormous challenges that have rocked Europe. And the immigration crisis revealed serious problems in the work of EU governments. In the past year the most important event for Europe was a referendum on the British exit from the EU. For Brexit voted more than 51% of the population that actually shocked the European bureaucracy and sociologists who predicted quite different results. In addition, the EU has occurred and a number of other important events. A referendum in Italy to change the constitutional order initiated by the