The International Committee of the red cross (ICRC) said that in the attack on a military hospital in Aleppo, Syria, which killed two military medic’s fault of all parties to the conflict, reports RIA Novosti. However, the organization did not indicate what the parties have in mind and did not name specific culprits, limiting fuzzy wording.   “Attacks on hospitals in Aleppo suggests that the parties to the conflict is unable to fulfil its responsibility to protect health care workers,” said the ICRC.   Today, 05 December, militants fired at a Russian hospital in Aleppo. Killed two Russian soldiers-medics, two people injured. The hospital was shelled while taking to local residents.   After that, the defense Ministry demanded that the international community, as well as “the International movement of red cross and red Crescent”, “Doctors without borders” and other international organizations strongly condemned the deliberate murder of the Russian military

END_OF_DOCUMENT_TOKEN_TO_BE_REPLACED

Drivers involved in the accident in KHMAO was sober Moscow. 4 Dec. INTERFAX.RU — Drivers of bus and truck involved in the accident in KHMAO, which, according to the latest information, 11 people died and 21 were injured, according to preliminary data, was sober, informed the press-Secretary of the Ministry of internal Affairs of the Khanty Olga Abalakina. “According to preliminary data, both drivers at the time of the accident was sober”, — she said to Interfax on Sunday. According to her, the drivers are hospitalized in medical facilities. In the Khanty in connection with the accident a criminal case. The accident occurred on 926 kilometer of the highway Khanty-Mansiysk — Tyumen.

END_OF_DOCUMENT_TOKEN_TO_BE_REPLACED

The state Duma has proposed to simplify the debtors travel abroad State Duma deputies intend to amend the government bill and to increase the amount at which debtors are forbidden to travel abroad. According to the newspaper “Vedomosti”, in October the Ministry of justice introduced in the lower house a bill on amendments to the law “On enforcement proceedings”. It proposes to expedite the lifting of the ban on travel to repay the debt. Deputies suggest to make changes to it and significantly increase the minimum amount at which it becomes impossible to travel outside Russia. The interlocutor of the newspaper in the “United Russia” said that the current upper limit of debt of 10 thousand roubles is too low. According to him, “may at times” because “a lot of people not moving out, and the citizens need to do unloading”. See alsothe state Duma has proposed to accelerate the

END_OF_DOCUMENT_TOKEN_TO_BE_REPLACED

Tymoshenko told about the secret documents Poroshenko on Donbass The leader of the party “Batkivshchyna” Yulia Tymoshenko stated that Ukraine’s President Petro Poroshenko signed the Minsk agreements secret documents. She reported about it on air of TV channel “112 Ukraine”. “Under the Minsk agreements, everything came to a remote corner on the grounds that the President has made the signing of secret documents, about which no one knows anything, they aren’t published. And one more agreement, in my opinion, was signed in Normandy format”, — said Tymoshenko. In her opinion, “the President realized that in the West are waiting for the fulfillment of these conditions, and in the Ukrainian society, they are not acceptable”. The leader of “Batkivshchyna” considers that the documents relate to the elections in the Donbass and the region’s special status. Earlier, Tymoshenko said that he considers unnecessary the post of President of Ukraine. “A positive attitude

END_OF_DOCUMENT_TOKEN_TO_BE_REPLACED 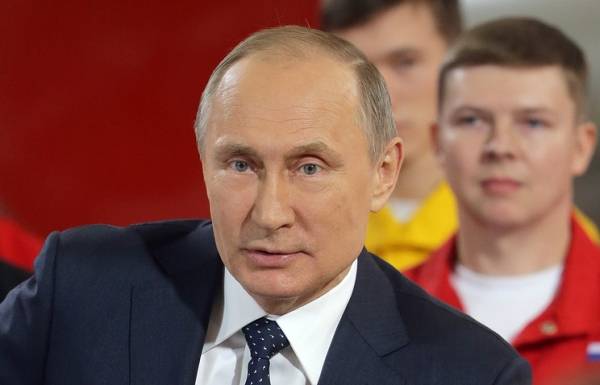 © Mikhail Metzel/TASS MOSCOW, 5 Dec. /TASS/. One of the next years in Russia, it may be declared the Year of unity of the Russian nation. The Commission “to submit proposals” on this issue was given by the President of the Russian Federation Vladimir Putin the head of the Kremlin administration Anton Vaino.

END_OF_DOCUMENT_TOKEN_TO_BE_REPLACED 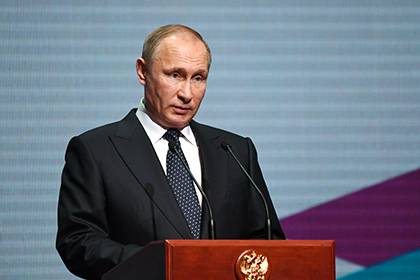 Vladimir Putin Russian President Vladimir Putin during a meeting with workers of one of the Chelyabinsk enterprises interested in the idea of using a breathalyzer in the workplace. About it the correspondent “Tapes.ru” on Monday, December 5. Employees of the plant told the President that before the change are tested on the content of alcohol in the body. “Check on the breathalyzer? Will try, perhaps, in administration and in government to introduce such a practice, will not be worse,” — said Putin. The President also complained to Deputy Prime Minister Dmitry Kozak, who do not quit Smoking. “The government was one smoker that I can’t convince you to quit. Is Dmitry Kozak. Smokes like a chimney. It’s a bad habit,” — said the head of state. In July, Putin during the visit to the Tver region urged to make the Russian cranberry is not only alcoholic drinks, but the yogurt.

END_OF_DOCUMENT_TOKEN_TO_BE_REPLACED 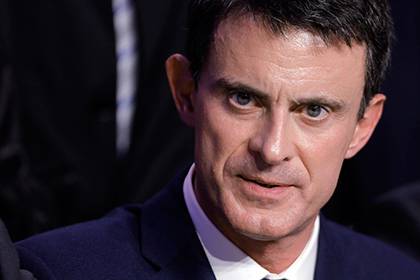 Manuel Valls The Prime Minister of France Manuel Valls said that on Tuesday, 6 December, leaving his position for the fight for the presidency. Also would be retiring and his Cabinet. About it reports Reuters. Waltz explained that the focus on election campaign before the primaries of the ruling Socialist party, which will be held in two stages 22 and 29 January 2017. According to BFMTV, the decision on the nomination of the Waltz to the presidential elections was made after the current head of state Francois Hollande has refused to participate in the campaign. The French leader explained the decision unwillingness to split the left-wing forces and the need to nominate a single strong candidate. All the polls show that neither Hollande nor any other candidate from the Socialist party would not pass the second round of the presidential election. It is most likely that the presidency will rival

END_OF_DOCUMENT_TOKEN_TO_BE_REPLACED

TV channel “Zvezda” publishes footage from the scene of the shelling of a mobile military hospital in Aleppo, Syria, which killed two military medic.   Earlier it was reported that another Russian soldier-a medic, wounded in the shelling of a hospital in Aleppo on Monday, died. Russian and Syrian doctors to the last struggled for her life.   “The Russian soldier, the medic, were seriously injured in the shelling by militants of the “opposition” emergency Department of the hospital of the Ministry of defense in Aleppo died from the received wounds”, – said the official representative of the Ministry of defense of Russia Igor Konashenkov.   He also noted that doctors continue to fight for the life of another Russian pediatrician, seriously wounded in the attack.   The shells exploded at a time when military doctors began receiving visitors – residents of neighborhoods East of the city, liberated from terrorists.