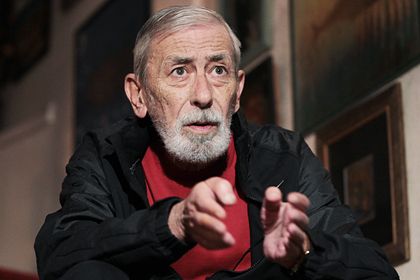 Artist Kikabidze asked President Zelensky to save prisoner Saakashvili imprisoned, Mikhail Saakashvili. He stated this in an interview with Ukrainian journalist Dmitry Gordon, which was published on his YouTube channel. The singer noted that he specially flew to Kiev to ask for help for Saakashvili, who has Ukrainian citizenship. According to him, there is a feeling that the Georgian authorities want the politician to “not come out alive” from the places of detention. Kikabidze added that Zelensky heard him and will talk about it on the phone. The artist said that he loves the Georgian ex-president and his family. On the air of Savik Shuster's Freedom of Speech show, the singer quoted the answer of the Ukrainian leader: “Misha is a citizen of Ukraine. I am obliged to take him out of there. ” He added that Saakashvili’s prison is in danger. “He can be removed there, because there is

END_OF_DOCUMENT_TOKEN_TO_BE_REPLACED 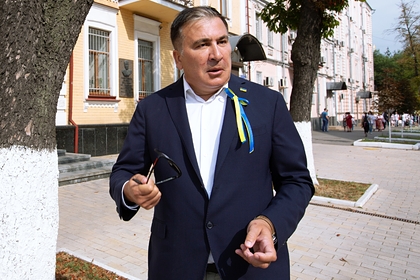 MP Arakhamia: Rada will ask to admit doctors to ex-President of Georgia Saakashvili that the deputies of the Verkhovna Rada will prepare an appeal to the Georgian authorities with a request to admit Ukrainian doctors to the ex-president of Georgia Mikhail Saakashvili, as well as to provide him with proper medical care. TASS writes about this. According to him, at the moment, more than 100 signatures have been collected from Ukrainian parliamentarians, who will ask to give doctors access to the former president. “We see that the council of Ukrainian doctors is not allowed to see Mikhail,” Arahamia said. The deputy also said that Ukrainian MPs are working with colleagues from the parliaments of European countries to create an international coalition that would put pressure on the Georgian authorities. Arakhamia added that in accordance with the treaty on international legal aid, Kiev can at least expect that the former Georgian

END_OF_DOCUMENT_TOKEN_TO_BE_REPLACED 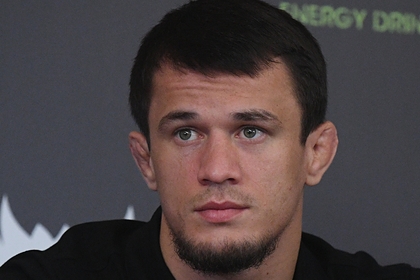 MMA fighter Usman Nurmagomedov was escorted into a plane to Makhachkala lightweight champion Khabib Nurmagomedov Usman was sent to Makhachkala, Izvestia reports, citing sources. On Friday, November 12, the young man was escorted on a plane at 23:20. Together with Nurmagomedov, the police took his friend Kamal Idrisov to the airport. Both are suspected of hitting a man in Dagestan. Usman Nurmagomedov was detained in Moscow on Thursday, November 11, at the Sheremetyevo airport. According to the police, the brother of the famous athlete, together with a friend who was with him in the car during the incident, hit a man in Dagestan. After the incident, the young people flew to Moscow. Later it became known that the car in which the athlete was, hit a police officer sent from Nizhny Novgorod. According to one of the versions, Nurmagomedov and his friend were late for their flight and for this

END_OF_DOCUMENT_TOKEN_TO_BE_REPLACED 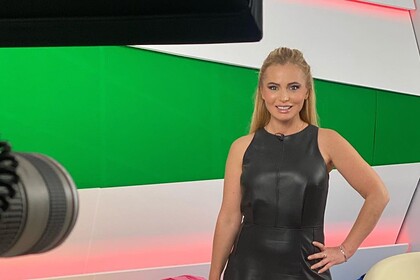 “Evening Moscow”: Russian TV presenter Dana Borisova first contracted coronavirus TV presenter Dana Borisova contracted COVID-19. In an interview with Vechernyaya Moskva, she said that she had manifested “the entire set of symptoms” characteristic of the coronavirus. Borisova spoke about the coronavirus infection with the phrase “very scary.” According to the Russian TV presenter, she fell ill with COVID-19 for the first time. “The whole set of symptoms: dry cough, burning in the nose, high temperature, very scary. I haven't had a coronavirus before. I haven’t even been vaccinated yet, ”Borisova admitted. The TV presenter added that she had been feeling unwell for several days. She called doctors at home to prescribe the necessary treatment. At the same time, Borisova did not say whether they were going to hospitalize her. Earlier, TV presenter Larisa Guzeeva called her treatment for coronavirus a nightmare. It is noted that the disease noticeably affected

END_OF_DOCUMENT_TOKEN_TO_BE_REPLACED 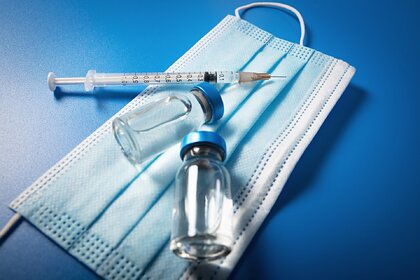 Immunologists: the titer of antibodies in a person vaccinated against COVID-19 decreases threefold after three months Immunologist, Ph.D. Society of Preventive Medicine Specialists, Doctor of Medical Sciences Sergey Tokarev described to Ura.ru how the number of antibodies changes a few months after vaccination against COVID-19. According to Kryuchkov, after three months the antibody titer in a vaccinated patient is reduced by three times , and after six months – tenfold. He noted that the “leak” of immunity is due to the low rates of revaccination, and also spoke about the problem in which initially vaccinated people who have had a coronavirus infection cannot get the next vaccine on time, while maintaining a high level of herd immunity. < p> Tokarev, in turn, announced the need to continue an active revaccination program for previously ill and newly vaccinated people. “It's time for us to actively revaccinate, we now risk being in

END_OF_DOCUMENT_TOKEN_TO_BE_REPLACED 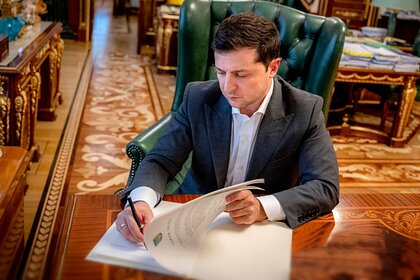 Gazeta.Ru: Ukrainian President Zelensky is not yet ready to confront the oligarchs Experts interviewed by Gazeta.Ru estimated a full-scale war between President of Ukraine Volodymyr Zelensky and the country's oligarchs. As the newspaper notes with references to the Ukrainian media, the richest man in Ukraine, businessman Rinat Akhmetov may become his first victim. Director of the Kiev Center for Political Research and Conflictology Mikhail Pogrebinsky noted that the head of state is not yet ready to confront the oligarchs. as it may turn out to be extreme in an energy crisis. According to the expert, relations between Zelensky and Akhmetov are tense, but it is difficult to imagine that he is a participant in the conspiracy of the oligarchy against the Ukrainian leader. The further will depend on the development of the situation. “Zelensky is trying to create some problems for the oligarchs, scares them, but this has not turned

END_OF_DOCUMENT_TOKEN_TO_BE_REPLACED 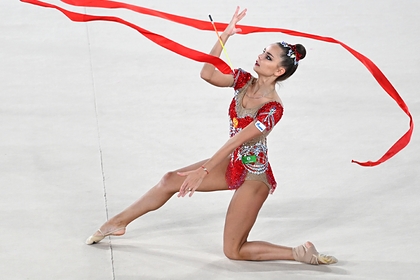 Russian gymnast Dina Averina has not decided on her future career Russian gymnast Dina Averina spoke about her plans for the future. Her words are quoted by RIA Novosti. The 23-year-old athlete admitted that she had not yet decided whether she would continue her sports career. “We are going to Spain for a charity performance. We will think further. If my health permits, then maybe I will continue to perform. Or I will be treated, ”said Averina. At the World Championship held in Japan, Averina won five gold medals and a silver medal. She became an 18-time world champion and broke the record of Evgenia Kanaeva. At the Tokyo Olympics, Averina missed the victory in the individual all-around. She was overtaken by the Israeli Lina Ashram. The failure of the Russian gymnast provoked talk of biased refereeing at the tournament.

END_OF_DOCUMENT_TOKEN_TO_BE_REPLACED 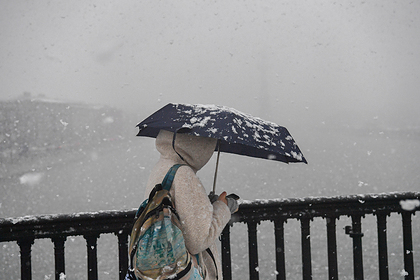 Meteorologist Vilfand said that frequent thaws are expected in Russia this winter , the scientific director of the Hydrometeorological Center Roman Vilfand told Lente.ru. According to the forecast of the meteorologist, the Russians will face a heterogeneous winter. “This means that there will often be zonal movements, that is, warm masses from the Atlantic, air processes will be transferred from west to east, but there will also be inflows of cold masses from the north,” he specified. If we talk about temperature regime, then, according to the meteorologist, in the European territory of Russia, the temperature is predicted to be around and slightly above normal. “Above the norm, it is warmer. In December, the norm is 6 degrees of cold, in January 9, in February 7, around the norm – this is about these values. This refers to the average monthly temperature, that is, for all days and nights, “Vilfand

END_OF_DOCUMENT_TOKEN_TO_BE_REPLACED 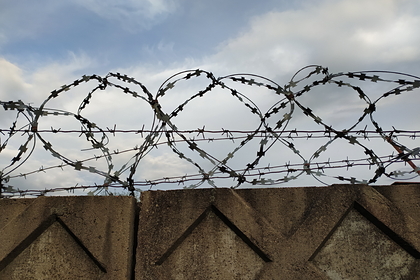 Estonian Defense Minister Laanet: the military will stretch barbed wire along the border with Russia Estonia plans to stretch barbed wire along the Russian border, the Minister of Defense said Kalle Laanet, writes RIA Novosti. The authorities decided to build additional protection at the border in the form of a fence with wire. It will stretch for 130 kilometers along the state border with the Russian Federation. According to the head of the military department, Tallinn is afraid of “a possible hybrid attack on the country.” Laanet believes that Minsk continues to deliberately escalate the “hybrid attack” on the border with Poland and Lithuania, so additional border protection is needed. He added that Estonia is in contact with the allied states to coordinate actions in case of aggravation of the situation on the borders of the European Union. Recently, Lithuania, Latvia and Poland have reported numerous cases of detention of

END_OF_DOCUMENT_TOKEN_TO_BE_REPLACED 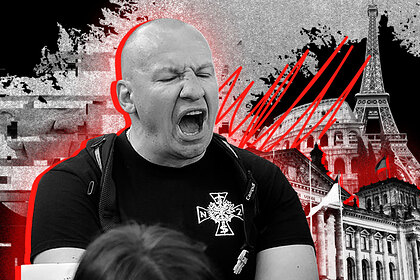 Associate professor at the University of Brussels: Europeans see EU action as a threat to democracy authorities. Moreover, such decisions are often made with the participation of big business, and ordinary Europeans see this as the main threat to democracy, Benjamin De Klin, associate professor of the Department of Communication Studies at the University of Brussels, told Lente.ru. According to him, such sentiments are all spread more widely among Europeans thanks to the right-wing populists. De Klin explained the growing popularity of these politicians in Europe not only by their desire to fight the influx of migrants and liberal values. “The right-wingers were able to quite convincingly prove to their supporters that they represent“ ordinary Europeans ”. As a result, any attempts to criticize them become “anti-popular”, “the researcher noted. According to the scientist, business has recently begun to support the right-wing populists. Some entrepreneurs (primarily industrialists) are dissatisfied with