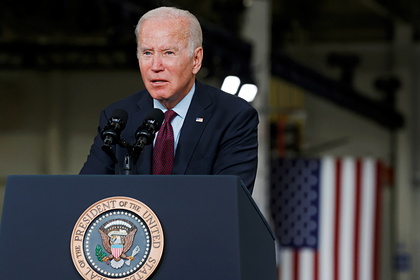 Politico: Over 30 US Congress Members Questioned Biden's Right to Strike in Syria the legality of actions carried out by the administration of President Joe Biden in Syria. Lawmakers questioned the US's right to launch military strikes overseas, Politico writes. In a letter to the White House, Congressmen noted that they are concerned about the “dangerous statement” of the Biden administration that the second article of the country's Constitution gives the right to Congress to implement strikes in Syria. In addition, they were embarrassed by the authorities' statement that the US actions in Syria were justified by a permit for the use of military force from 2001 “These statements raise serious constitutional questions about the uncontrolled activities of the executive branch in Syria and Iraq without the approval of Congress “, – underlined in the letter.

END_OF_DOCUMENT_TOKEN_TO_BE_REPLACED 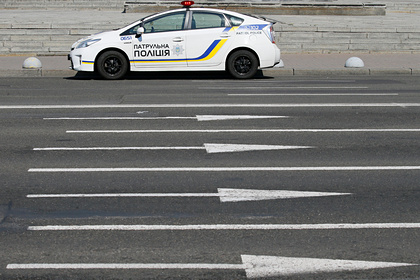 Ukrainian political scientist Taran compared the fight against corruption in the country with a good theater show Ukrainian political scientist Viktor Taran compared the fight corruption in a country with a good theatrical show, noting that none of the officials was punished for losses of state-owned enterprises in 2019 in the amount of more than 10 billion hryvnia (more than 27.5 billion rubles). “We see very beautiful theatrical show. Analysts showed that during 2019, the losses of state-owned enterprises compared to 2018 amounted to more than 10 billion hryvnia. Nobody was responsible, “the expert said. As an example, he cited the company” Centrenergo “. In his opinion, she bought coal at an inflated price, and sold energy cheaper, which led to billions of dollars in losses for the state, and the organization's leadership did not incur any punishment. “The Deputy Defense Minister was caught on bribes and abuse of state

END_OF_DOCUMENT_TOKEN_TO_BE_REPLACED 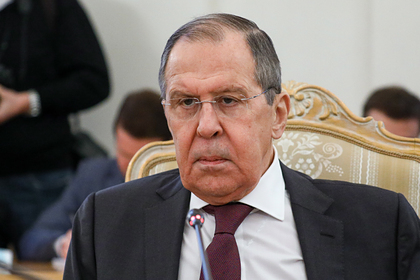 The Foreign Ministries of Germany and France considered it a violation of diplomatic practice to publish Lavrov's correspondence Le Drian with Russian Foreign Minister Sergei Lavrov. This was reported by RIA Novosti with reference to statements by representatives of departments. We have taken note of the decision of Foreign Minister Lavrov to make these confidential discussions public. We regard this step as a violation of diplomatic practice German Foreign Ministry A similar statement was made by a representative of the French Foreign Ministry. He stressed that this approach is contrary to diplomatic rules and practice, adding that Lavrov's decision was taken into account. Acting German Chancellor Angela Merkel said she was not surprised by the publication of the correspondence with the Russian Foreign Ministry. She added that she reads many of her letters to the newspaper, and in this sense there is nothing to hide. How it all began On

END_OF_DOCUMENT_TOKEN_TO_BE_REPLACED 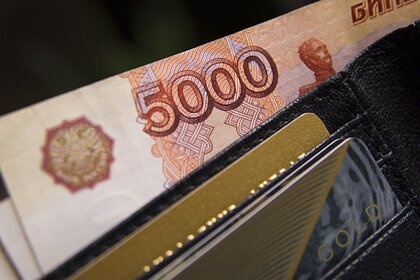 Gazeta.Ru: Deputy Bessarab proposed to limit travel to debtors for alimony Member of the Social Policy Committee, MP Svetlana the State Duma admits an increase in restrictions for Russians with alimony debts. In particular, they wanted to ban recreational trips across Russia until the funds were paid in full, Gazeta.Ru writes. Bessarab complained that restrictions have a greater impact on debtors than “parental or filial debt”. For example, a ban on traveling abroad, on driving a vehicle, unless they are the only source of income. “I think that it is this line that needs to be expanded. Maybe introduce a ban on moving around the territory of Russia until all debts are paid. I mean trips of an entertainment nature, ”the deputy suggested. She added that the legislation on alimony should be toughened to restrict Russians even more. Earlier, lawyer Ivan Soloviev warned Russians about expanding the list of incomes

END_OF_DOCUMENT_TOKEN_TO_BE_REPLACED 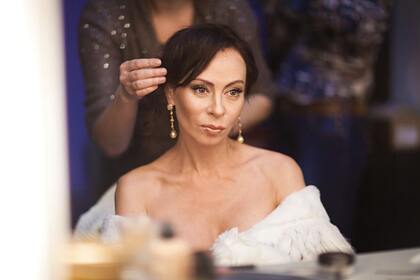 REN TV: the cause of the fire in the apartment of the singer Khlebnikova could have been a cigarette become a cigarette. This is reported by REN TV. The TV channel revealed details that the artist fell asleep with a cigarette, which led to a fire. Khlebnikova's parents and daughter were also in the apartment during the fire. Except for the singer, no one was hurt. Now the fire has already been extinguished, and the popular singer is in the hospital. The fire became known on the evening of November 18. The fire broke out in the singer's apartment on Ratnaya Street in Moscow. In addition to Khlebnikova, one more person was hospitalized. It is noted that the singer is on a ventilator. In 2019, Khlebnikova spoke about a serious illness. She stated that she did not make plans for the years ahead, but did not refuse to participate in

END_OF_DOCUMENT_TOKEN_TO_BE_REPLACED 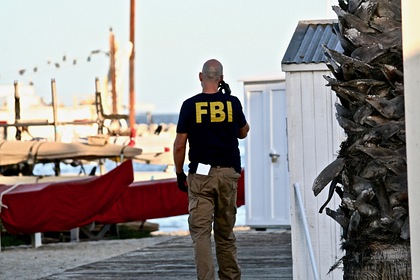 KSORS in the USA: in 2021 more than 300 Russians were subjected to FBI investigative measures activities due to the investigation of the American special services, this is stated on the website of the human rights organization. The decision to close it was made due to the activities of the FBI in relation to KSORS. Throughout 2021, at least 300 Russians in the United States, from students to pensioners, were subjected to investigative measures by the FBI, the council noted. The KSORS was reminded that the organization never interfered in the internal affairs of the state, and did not receive or give out grants. Despite this, its members became the reason for criminal prosecution. “Representatives of the Russian community have become involved in the investigation of violations of the laws on foreign agents,” the statement says. strengthening ties of compatriots with Russia. Earlier, a citizen of Russia and Sweden, Roman

END_OF_DOCUMENT_TOKEN_TO_BE_REPLACED 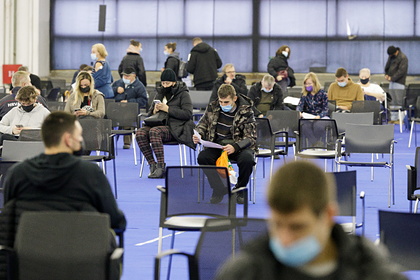 Immunologist Bolibok: Russians will face “ground glass” syndrome in the lungs due to COVID Allergist-immunologist Vladimir Bolibok in conversation with URA.RU warned that the Russians may face another consequence of the coronavirus – the “ground glass” syndrome in the lungs due to massive capillary thrombosis when infected with COVID-19. According to him, the inflammation in the lungs comes from – for thrombosis of small capillaries. So, with excessive thrombus formation in COVID-19, disseminated intravascular coagulation occurs when blood clots appear directly in the blood stream. “Then small blood clots enter the capillaries, clogging them up, and a frosted glass syndrome occurs,” said Bolibok. The doctor emphasized that coronavirus usually affects the inner lining of blood vessels. At the same time, the coronavirus causes damage to the inner lining of the vessels, a very delicate layer of cells – the intima, on which blood clots are disrupted at the slightest damage.

END_OF_DOCUMENT_TOKEN_TO_BE_REPLACED 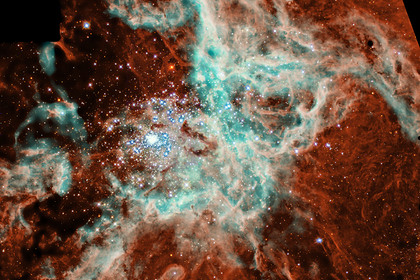 Scientists at the University of Leeds have linked the appearance of life on Earth with cosmic dust The earth. The role of the smallest particles entering the planet's atmosphere was revealed by scientists at the University of Leeds (UK), who published the results of the study in the Journal of Geophysical Research: Space Physics. 4.5 billion years ago, all phosphorus, which participated in the formation of the Earth, had to descend to the molten core, so the phosphorus available to living organisms must have an external source. It was believed that they could potentially be meteorites, but new data suggests that phosphorus was associated with the smallest particles of cosmic dust. Chemical reactions in the planet's atmosphere have produced phosphites and phosphates that can be absorbed by living organisms. As dust particles enter the atmosphere, friction in the air causes a process of melting and evaporation known as ablation. Scientists

END_OF_DOCUMENT_TOKEN_TO_BE_REPLACED 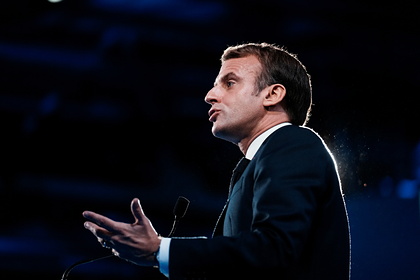 French President Macron urged to continue pressure on the leader of Belarus Lukashenko French President Emmanuel Macron announced the need to continue pressure on the leader of Belarus, Alexander Lukashenko to end the use of migration flows on the border with Europe. This was reported by RIA Novosti with reference to the statement of the Elysee Palace. The French President held talks with the President and Prime Minister of Poland Andrzej Duda and Mateusz Morawiecki, discussing the situation on the Belarusian-Polish border. Both telephone conversations were devoted to the situation on the Polish-Belarusian border. As reported at the Elysee Palace, Macron reaffirmed his full solidarity with Poland and asked his interlocutors about the development of the situation. The administration of the French leader also recalled that on Monday, November 15, Macron held telephone talks with his Russian counterpart Vladimir Putin, during which “both presidents agreed to work on de-escalation of

END_OF_DOCUMENT_TOKEN_TO_BE_REPLACED 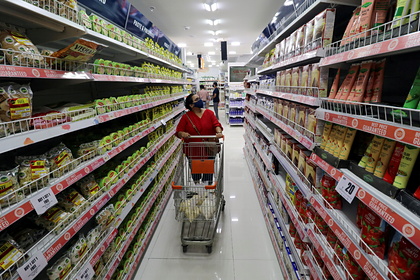 UN: high container shipping rates will lead to higher world prices 1.5 percent by 2023. This reason for the rise in the price of food was named in the report of the United Nations Conference on Trade and Development (UNCTAD). If the growth of rates for container transportation continues in the near future, this will lead to a significant increase in import prices (on average by 11 percent ). The high rates will primarily affect low value-added goods such as furniture, textiles, clothing and leather goods. As noted in the report, the pandemic has exacerbated problems that already existed in the maritime transport industry. For example, we are talking about labor shortages and infrastructure needs. The crisis is exacerbated by the closure of borders and the lack of international flights. As a result, hundreds of thousands of sailors find themselves at sea without the possibility of replacement. Earlier it was