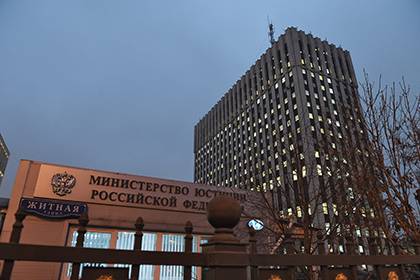 The Ministry of justice of Russia has included the information-analytical center “Sova” in the registry of foreign agents. On Friday, December 30, reported on the Agency’s website.

“The fact of compliance of the organization signs a non-commercial organization performing functions of a foreign agent that is installed during the Main Directorate of the Ministry of justice of Russia in Moscow unscheduled documentary verification”, — said in a statement.

Center Director Alexander Verkhovsky said the Agency urban news “Moscow” that does not agree with the definition of organization as a foreign agent. “They felt that our organization performs these same functions of a foreign agent. At least in my understanding, we are functions not implemented”, — he said. According to him, the problem lies in the wording of the law.

“Of course, we do not recognize itself as a foreign agent. We are now lawyers and discuss it, maybe we can appeal to the courts against this decision,” — said Verkhovsky.

According to information on the website, the “Sova” analytical center, founded in 2002, deals with the problems of nationalism and xenophobia, the relationship of religion and society and human rights activities.

In September 2016 the Ministry of justice made in the list of foreign agents “Levada-center” conducting sociological research. For refusing to register yourself in this capacity, the organization was fined.