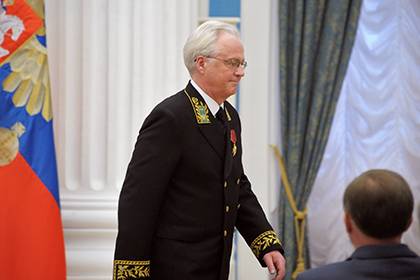 The U.S. government has done is outrageous and cynical, blocking Russian diplomats access to out of town complexes in new York and Maryland before the winter holidays. On Friday, December 30, said the official representative of Russia to the UN Vitaly Churkin, reports TASS.

“They know that these two objects are vacationing our children. Now is the time the Christmas holidays (…) This is the time when children are sent to these objects”, — quotes Agency the words of the diplomat.

The day before the US authorities decided within 72 hours 35 to expel Russian diplomats, as well as close access to two objects used by them. The White house claim that this is the answer to the oppression of the staff of the American Embassy in Moscow.

The foreign Ministry explained that the total number of Russians who must leave the United States, is 96 people. We are talking about diplomats and their family members.

Russian leader Vladimir Putin said that Moscow considers the last actions of the outgoing US administration as unfriendly and provocative steps to undermine the future of Russian-American relations. The head of state rejected the proposal of the Russian foreign Ministry to expel U.S. diplomats in response to Washington’s actions.