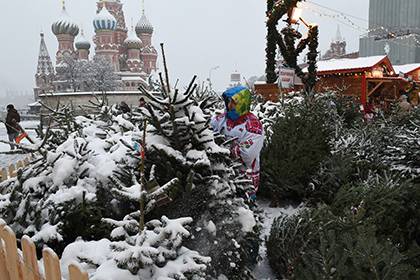 The suburban farmer Mikhail Shlyapnikov, known for producing its own currency “colony” began to sell Christmas trees for bitcoins. About it reports TV channel “360”.

The virtual currency hatters sold about 40 Christmas trees, including not only a simple tree. According to TV channel, five pine it sells for 0,034 bitcoin (about two thousand), a blue spruce with a height of four metres 0,17 (10 thousand rubles). A small tree stands 0,0085 bitcoin (500 rubles).

As recalled by the national news service (NSN), the usual Christmas bazaars began to work in the capital on December 20. They sell mostly trees, brought from the neighboring regions. According to TV channel “360” in the Moscow region is equipped with about 500 sites for sale Christmas trees.

Hatters living in the village of Kalinovo (Egorievsk district, Moscow region), printed its own currency, which he called his personal ious as individuals. According to him, one “Colin” cost 50 rubles. Such notes were used for the calculation of the farmer with his buyers. In July last year, the court banned the release and circulation of “the colony” by making them illegal.