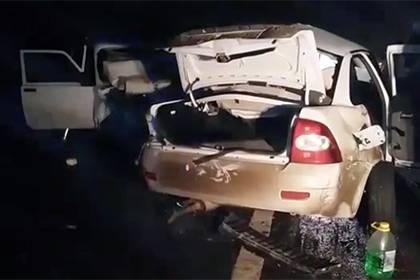 In the Stavropol region in the collision of two cars killed six people. About it RIA of news have informed in regional management of traffic police.

The accident occurred on Thursday morning, December 29. “According to preliminary version, the driver of the Priora was moving from the village levokumskogo in the direction of the city of Budennovsk, lost control, went into oncoming and collided with a car Niva”, — told in management.

It is noted that in Priora was five. They all died. Also on the scene of an accident died the driver of “Niva”.

Now set the identity of the victims. Being tested, solves a question on excitation of criminal case.