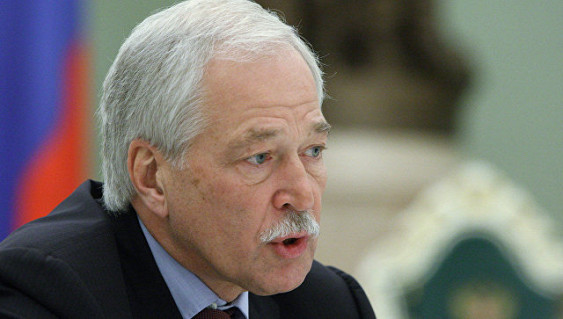 The head of the Supreme Council of “United Russia” Boris Gryzlov was elected Chairman of the Board of Directors of JSC “Corporation “Tactical missiles”. He was succeeded by Deputy Prime Minister Dmitry Rogozin, told reporters a source in the environment Gryzlov.

“Boris Gryzlov was elected Chairman of the Board of Directors of JSC “Corporation “Tactical missiles”. In this position, he was replaced by Deputy Prime Minister Dmitry Rogozin”, — he said.

Corporation “Tactical missiles” is one of the leaders in the design and manufacture of high-precision weapons. The company unites more than 30 enterprises located throughout Russia: in the Moscow region and in St. Petersburg, Perm, Orenburg, Chelyabinsk, Smolensk, Rostov, Samara, Sverdlovsk, Omsk, Nizhny Novgorod, Ryazan regions and the Republic of Dagestan.

In addition to the weapons systems for the air force and Navy, the factories Corporation producing a wide range of products for civilian and dual-use: unmanned aerial vehicles and engines of soft landing of manned spacecraft to drilling and wind turbines of various capacities.