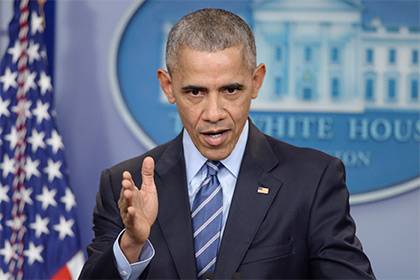 Moscow admits that the latest U.S. sanctions against Russia will be lifted during the presidency of Donald trump. About it RIA Novosti said the Ambassador for special assignments of the foreign Ministry Andrei Krutskikh.

“It is the agony of the ruling elite. Personal hatred of the US President [Barack Obama] is off the charts. Everything is unproven and is an attempt to slow down possible cooperation,” he praised the actions of the White house.

According to Krutskikh, we cannot exclude that the latter introduced the current American administration restrictions can sign in 70 percent of Obama’s edicts that trump intends to cancel.

December 28, CNN reported that the White house is preparing to announce new anti-Russian measures in response to the alleged Moscow’s intervention in the election process in the United States. Elected President of the trump in turn, expressed the view that the United States needs to leave this argument.

The U.S. has repeatedly accused Russia of meddling in the presidential campaign to help Trump to win the election. Under the assumptions of U.S. officials, in July, Russian hackers broke into the servers of the National Committee of the Democratic party, and the party Committee of the Congressional. Were also expressed suspicion that Russia might try to influence the voting by hacking computers. Moscow all charges have been consistently denied.