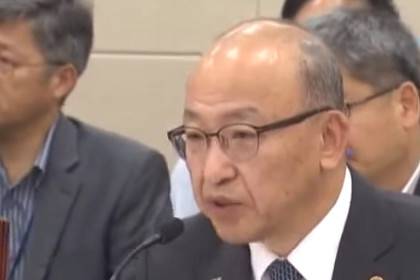 Special prosecutors in South Korea investigating a corruption scandal in which was involved the top leadership, said that the detained Chairman of the National pension Fund mun Ken PHE. About it reports Reuters.

More information Ministry is to provide did not, saying only that we are talking about suspicion in abuse of power.

The consequence finds out participation munkyung PHE to the pressure on the pension Fund with the aim of supporting the process of merging two branches of the Corporation Samsumg last year. At that moment, he was the head of the Ministry of health and social welfare, which manages the Fund.

On 9 December, the Parliament voted for the impeachment of President Park Geun-H. This decision still needs for a 180-day period to approve or reject the constitutional court.