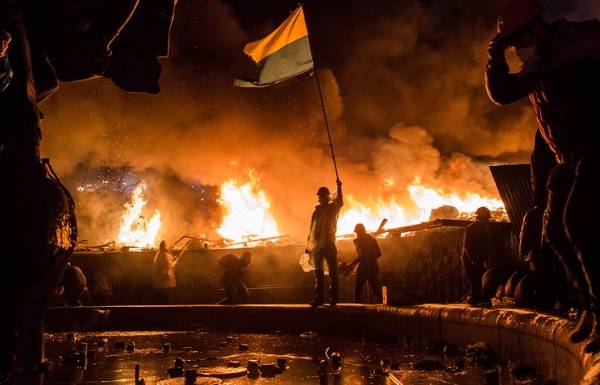 MOSCOW, December 27. /TASS/. Dorogomilovsky court of Moscow has satisfied the claim eks-the Deputy of the Verkhovna Rada Volodymyr Oliynyk on the recognition of the change of power in Ukraine in 2014, coup, the correspondent of TASS.

Support US and EU

In the court’s decision emphasizes that the support of the US and EU anti-constitutional coup in Ukraine has led to a split in society and the emergence of armed conflict. “The support of influential representatives of Western countries, the protests escalated into riots,” said the judge.

Extremists – as part of the government

One of the important factors of the change of power in Ukraine, the Russian court acknowledged the participation in the process of the armed nationalist organizations. “In Ukraine there are extremist groups that are part of the government and persecuting people on the basis of social and ideological hatred, – said in the text of the judicial act. Extremist acts of these associations are confirmed by various sources, including the data of the Russian press, which is restricted to the territory of Ukraine”.