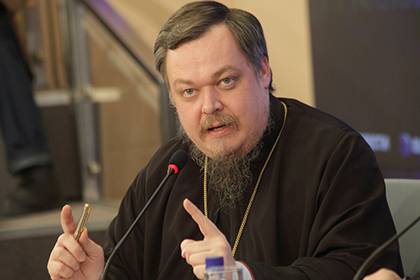 Archpriest Vsevolod Chaplin called for the abandonment of Western democracy. He stated this in an interview with National news service (NSN).

“The choice in favor of Western democracy, in favor of the presidential-parliamentary form — it was the wrong choice. It was backed by forceful pressure on the Parliament. In October 1993, he was committed usurpation of power, as now in Ukraine. You must return to the constituent Assembly,” he said.

27 Dec Dorogomilovsky court of Moscow has recognized the independence coup, having satisfied the claim of the former Deputy of the Verkhovna Rada Volodymyr Oliynyk.

Maidan (Euromaidan) — mass protests in Central Kiev and other cities of Ukraine in winter 2013-2014, which in the country there was a violent change of power. The riots resulted in the flight from the country of Viktor Yanukovych. During these events killed 106 people.

The so-called the October coup occurred on 3 October 1993. The reason for the armed uprising was the decree of President Boris Yeltsin, “On the gradual constitutional reform in the Russian Federation”, in fact, abolished the activity of the Supreme Council. His supporters tried to seize the building of the city hall and the Ostankino television center. October 4, according to the decision of Yeltsin stormed the White house. Won the President’s supporters. In December 1993 adopted a new Constitution. During this time, killed 157 people, injured — 384.

Constituent Assembly — a representative body in Russia, was elected in November, 1917, and convened in January 1918, to determine the state structure of Russia.