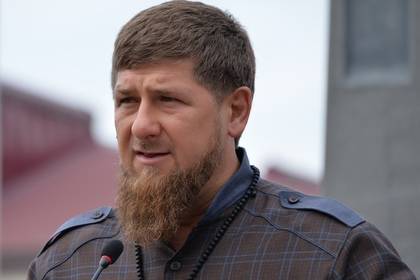 The head of Chechnya Ramzan Kadyrov commented on the article writer Gersh of Kuntzman in the New York Daily News about those killed in Ankara after Russian Andrei Karlov. In his Instagram, he expressed the opinion that the author of the publication “plain text justifies and applauds” the crime and “glorify a murderer”.

Thus, in his words, “neither the author of the libel Kuntzman nor the editor of the newspaper not feel guilty”. “This is an unprecedented arrogance, lack of the slightest signs of compassion for human grief, public support of terrorism”, — said Kadyrov.

21 Dec material Kuntzman criticized the official representative of Russian foreign Ministry Maria Zakharova. She drew attention to the incorrectness of the comparison a journalist for the murder of a Russian diplomat with the murder of the Ambassador of the Third Reich Ernst vom Rath, who in 1938, shot by a Jewish student. The foreign Ministry spokesman also said that the Agency is preparing to send to the editor a letter demanding an apology for the “xenophobic and contains the justification of terrorist actions article.”

Kuntzman, in turn, said that he had not called for violence in his article. According to him, the material was intended to remind readers that the government “should not be surprised that it receives a response to pain and that is waging war”. “Many readers came to the conclusion that I ignore the atrocities committed by America. I assure you that it is not” — said the author.

62-year-old Charles was shot dead in Ankara on December 19 during the opening ceremony dedicated to Russia’s exhibition at the Gallery of modern art. He was attacked by a 22-year-old Turkish policeman mevlüt MERT Altıntaş, it liquidated soon after the attack.

The investigative Committee of Russia opened a criminal case under part 3 of article 361 of the criminal code of Russian Federation (“an Act of international terrorism that resulted in the killing of a person”).