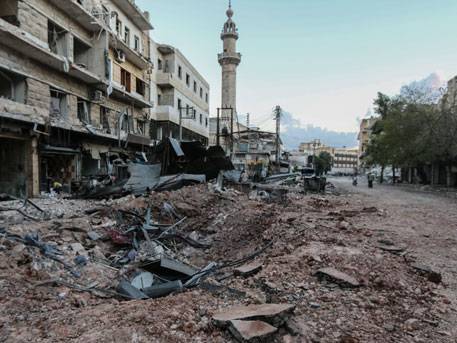 The evacuation of insurgents and their families from the Eastern regions of Aleppo to be completed in the next few hours. It is reported TASS with reference to the government television station “al-Ihbariya”.

It is noted that the evacuation should have been completed earlier, but the heavy snowfall was the reason for the delay of the withdrawal of the militants and their families from Aleppo. After the last of the fighters will be withdrawn from the Eastern neighborhoods, the city will come under the control of government forces.

According to the broadcaster, over the last few days from Aleppo were put about 15 thousand fighters and their families. A special operation is under the supervision of international observers.

Derived from Aleppo, the militants and their families will be put in buses and taken to the province of Idlib and the Turkish border. Things from them a little, only what you need, including warm clothing.