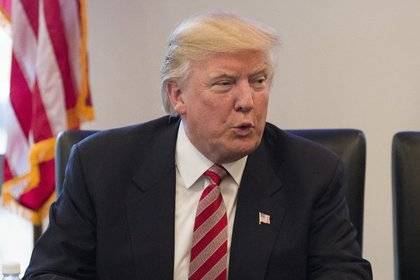 The US President-elect Donald trump commented on the numerous attacks on themselves and their supporters. His opinion he shared on Twitter. “If many of my supporters acted in the same way and threatened people, as do those who lost the election, they would be despised and called terrible words!” noted Republican.

Recently, on the eve of voting of the electors, has increased the pressure on them. Many opponents of trump believe that even the electors from those States where he won the trump must vote either for his main rival Democrat Hillary Clinton, or any other representative of the Republican party.

Opponents of trump indicated, in particular, that the number of votes nationwide, Clinton is ahead of trump by more than two million. They also remind us of the accusations against Russia, which allegedly using hackers got and released the material compromising the democratic leadership and the headquarters of Clinton. In addition, opponents of trump’s claim that during the campaign he demonstrated invalid in order to hold the presidency, beliefs.

Disputes about how to vote to the electors, imposed including the judicial authorities. Earlier, the court in Denver ruled that all members of the electoral College from the state of Colorado are required to vote for the candidate who won the US presidential election in this state, namely Clinton. Two of the nine members of the electoral College have tried in court to challenge the action of the corresponding state law. The plaintiffs wanted to win the right to vote, not for trump, but for an alternative candidate from the Republicans.

Before that a member of the electoral College from Texas Christopher Suprun refused to support trump on the ballot on December 19.

Meanwhile, the petition on the website Change.org with the requirement for electors to elect Clinton scored more than 4.9 million Golson.

Presidential elections were held in the US on 8 November, the victory over Clinton was won by the trump. He received 306 votes of the electors, his opponent — 232. To win you must enlist the support of 270 electors.

The U.S. Congress approves the vote of the electors on 6 January 2017. The inauguration of the newly elected President is scheduled for January 20.