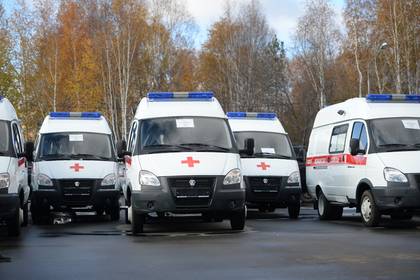 In management of Investigatory Committee of Russia (TFR) in the Irkutsk region said the death toll from poisoning concentrate for bathing “Hawthorn”. As of 12:00 Monday, December 19, in the city hospitals died 19 people were hospitalized in all 40 residents. About this “Interfax” reported the senior assistant Director of SU TFR in the region Karina Golovacheva.

“All victims of poisoning — socially disadvantaged citizens,” she said, adding that some of the victims came to the creation, being questioned by investigators. “In the two retail outlets that sold caused mass poisoning of the fluid being searched,” added Golovacheva.

Earlier, the regional Prosecutor’s office reported 37 were hospitalized and 17 died.

As noted, the locals used toilet cosmetic “Hawthorn”. RIA Novosti in law enforcement bodies has told that the product contained methanol and were counterfeit.

A criminal case under part 3 of article 238 “Production, storage, and distribution of goods and products that do not meet the requirements of safety, entailed on imprudence death of two and more persons”. According to investigators, in the period from 17 to 18 December, the inhabitants of one of microdistricts of the Leninsky district of Irkutsk purchased concentrate for bathing “Hawthorn”, available on the label warning prohibiting indoor use.