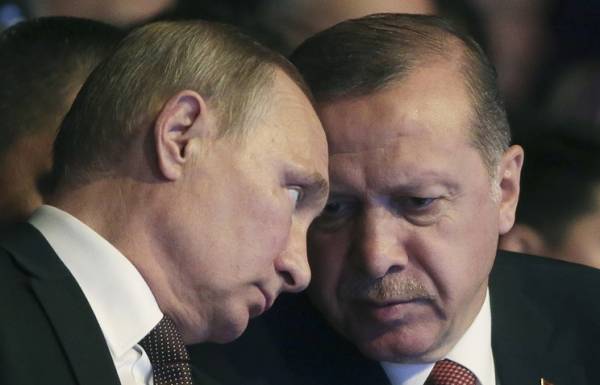 MOSCOW, December 18. /TASS/. Russian President Vladimir Putin discussed Sunday by phone with Turkish President Recep Tayyip Erdogan Syria, with a focus on the development of the situation in Aleppo and the evacuation of civilians and ready to ceasefire by militants. This was reported by the press service of the Kremlin.