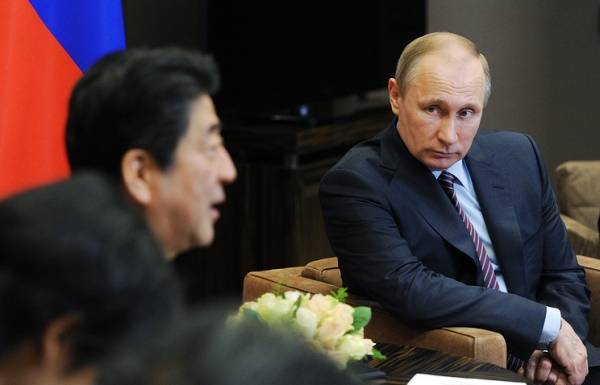 MOSCOW, December 15. /TASS/. Russian President Vladimir Putin will arrive Thursday in Japan with a two-day visit, during which held several rounds of his talks in various formats with Prime Minister Shinzo Abe. On the first day of the summit will be held in the residence of the Japanese Prime Minister in his native land – in the small town of Nagato Yamaguchi Prefecture in the southwest of Honshu island. On Friday, December 16, Putin and Abe will take part in joint activities in Tokyo.

Earlier Putin visited Japan as President of the Russian Federation in 2000 and 2005. In a recent interview with Japanese media, he said he first visited Tokyo and a few other Japanese cities even when he was Deputy mayor of St. Petersburg in the 1990s. the Meeting of the President and the Prime Minister of Japan will be the fourth this year – previously, Putin and Abe held talks in Sochi in may and in Vladivostok in September, and also spoke on the sidelines of the APEC summit in Lima in November.

From Nagato to the “Kodokan”