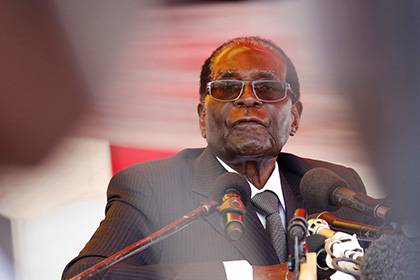 The ruling party of Zimbabwe, ZANU-PF has decided to nominate the incumbent President — a 92-year-old Robert Mugabe — for the new term. On Wednesday, December 14, the Associated Press reports. Presidential elections will be held in 2018.

The Executive Secretary of the party, Ignatius M. C. chombo called the rule of Mugabe as an example of “the wisdom and unity.” His candidacy will be considered this week.

Mugabe has led the country since 1980. The last time presidential elections were held in Zimbabwe in 2013. Mugabe won it, despite claims from the opposition about irregularities in the voting process.

The head of state himself has repeatedly stated that he is ready to rule until, until you die. However, he said that will resign, if the party so decides.

Zimbabwe is among the poorest countries in the world. A country in difficult economic situation, faced with hyperinflation and a huge fiscal deficit. Mugabe is accused of dictatorship and oppression of the opposition.