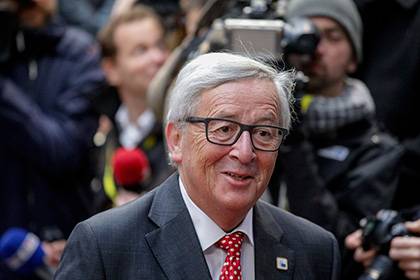 The ideas of some European politicians to impose new sanctions against Russia because of the situation in Syria is naive, they do not contribute to the resolution of the situation. This was stated by the President of the European Commission Jean-Claude Juncker in the German TV channel ZDF, his words leads TASS.

“Anyone who thinks that the introduction of additional sanctions will help to resolve the Syrian drama, takes a special form of naivety. This does not give Russia any impression,” said the officer, and noticed that diplomacy is not a toothless tiger, but he bites it is not always where it is needed.

Previously with the idea to introduce new restrictive measures against Moscow was made by head of the European people’s party (the leading faction of the European Parliament) Manfred Weber.

An offensive on rebel-controlled areas of Aleppo began in mid-November 2016. By the end of the month the gangs have been surrounded, and then many of them chose to lay down their arms. The actions of the Syrian army supported by Russian aviation.