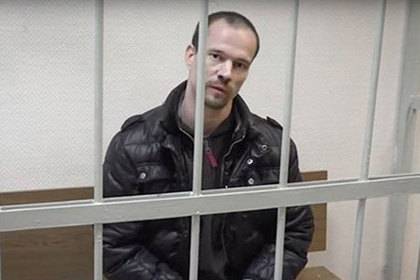 Relatives and lawyers of opposition leader Ildar Dading cannot communicate with the activist in the past 12 days. About the Agency “Moscow” said the wife of the convicted Anastasia Zotova.

“According to the information that was contained in his last letter, dated 4 December, he was transferred from colony No. 7 December 2, not allowing normal to collect things. At the time of writing the letter he was in prison №2 in Vologda, which supposedly left on the night of 5 December,” — said Zotov.

5 December, the representative of the activist European court of human rights (ECHR) Nikolay Zboroshenko said Dading was transferred from the Karelian penal colony No. 7 in an unknown direction. His message was confirmed by the representative of management of Federal service of execution of punishments on Republic Kareliya. He added that he has no right to disclose information about where the convicted person was transferred.

In November Dading complained of beatings in Segezha penal colony No. 7. The Council of physicians, which included human rights defenders recommended by Professor Vasily Generalov did not reveal injuries on examination, the Dading. After checking in the regional Department of the Investigative Committee of Russia said that the rights of the convict are not violated.

Dading was the first who was prosecuted under article 212.1 of the criminal code, envisaging responsibility for a public event. In December 2015, he was sentenced to three years in a General regime colony.