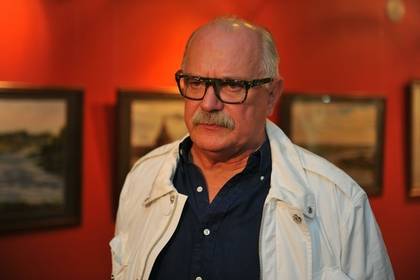 Nikita Mikhalkov proposed to create a Commission to study the exposition “the Presidential center of Boris Yeltsin” (Yeltsin) in Yekaterinburg. He said this to RIA Novosti on Sunday, December 11.

“As for the fee, it should include real experts on the country’s history, but devoid of biased view of events,” — said the Director.

In addition, in his opinion, it is inexpedient to establish a branch Center in the Russian capital. “I don’t think we need to do a branch of the Yeltsin centre in Moscow, as more of those areas that takes the Museum to take inappropriate,” — said Mikhalkov.

On 9 December the parliamentary hearings in Council of Federation Nikita Mikhalkov has criticized the activities of the Yeltsin centre. “It is a matter of national security, as hundreds of children get this poison every day. Should be a consistent policy addressed to ensure that children understand that the country in which they live, a great country,” he said.

The representative of the Centre Elena Volkova said that Mikhalkov never there was, and later he confirmed that he personally had not visited the Yeltsin center. “But they have worked for several film crews, specially sent there, who have filmed all of the displays, exhibits, interiors, cafes, people’s opinions and so on. And believe me, I have a very full idea of what is happening there,” — said Mikhalkov.

The widow of the first President of Russia Naina Yeltsin’s statement called the Director a liar. He sent her an open letter that explained his position regarding the work of the Centre.

That before the end of 2017 in Moscow will be opened a branch of the Yeltsin centre, in September, wrote “Kommersant” According to the publication, the branch will be located in the estate of Dolgoruky-Bobrinsky after its reconstruction, it will include Museum and exhibition complex, a library and a restaurant.

“The presidential center of Boris Yeltsin” was opened in Yekaterinburg in November 2015. It was conceived as a socio-political organization that promotes the rule of law, the study and development of Institute of presidency in Russia. There are Museum, library, archive, educational and children’s centres, and exhibition halls.