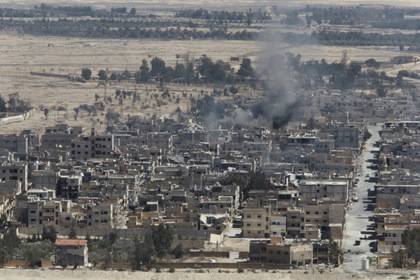 The Syrian army will return control of Palmyra in the near future. On Sunday, December 11, Talal al-Barazi (Talal al-Barazi), the Governor of the province of HOMS, in which is located the ancient city, said TV channel Al Mayadeen.

He also said that the Syrian military are engaged in fierce fighting on the outskirts of Palmyra with the forces of the banned terrorist group “Islamic state” (IG). “Breakthrough militants in Palmyra will not affect the actions of government troops in Aleppo and near Damascus,” assured al-Barrasi, adding that the capture of Palmyra — only temporary success of those who support terrorists.

According to the Governor, the IG has deployed to Palmyra from Raqqa and Deir-ez-Zor and Iraq reinforcements numbering about five thousand people, however, the Syrian military continues to fight, and the militants are losing.

Also the head the province of HOMS said that government troops evacuated about 80 percent of the residents of Palmyra, however, the fate of the remaining population of concern.

At the Russian Centre of reconciliation of the warring parties in Syria announced that the Palmyra attack about four thousand fighters. “Despite heavy losses in manpower and technology, terrorists strive to get closer and to gain a foothold inside the city, as the aircraft of Russian air force on residential areas Palmyra bumps does not cause”, — stressed in the Center.

In March of 2016 to contribute to the support of videoconferencing Palmyra freed from is militants. During the period of occupation many cultural sites of the city, included in the register of UNESCO world heritage, was severely damaged. In particular, the terrorists completely looted the national Museum. The retreating rebels have mined the ruins in the clearing was attended by Russian specialists.