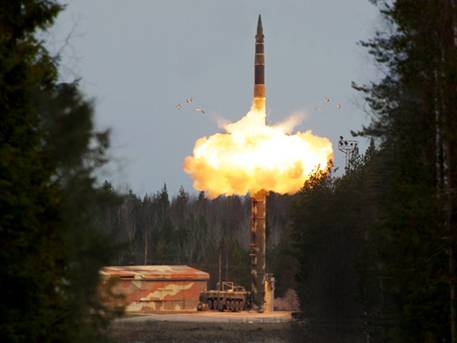 The U.S. military edition of The National Interest has released an article’s assessment of the new foreign policy concept of Russia, which said that Moscow is signaling to the world that will not tolerate interference in its internal Affairs, in connection with which changed the perception of the possible use of Russian nuclear weapons “unthinkable” to “unlikely”, writes RT.

How to write observers of the magazine, a new concept must be taken seriously, as it reflects the strategy of Moscow and her view of the international situation.

And intimidating it seems not only change the nuclear status of Russia, but also the second key point of the new foreign policy course – based on the interaction of States must be the principle of non-interference in the Affairs of other countries.

That is, if other countries want to intervene in the foreign or domestic policy, the Kremlin reserves the right “to use harsh measures in response to any apparent hostilities”.

In addition, the publication notes that the adopted immediately after the US elections document nekoken. Perhaps Moscow thought will win Hillary Clinton foreign policy and therefore the course was quite tough, warning future Democrat administration in the seriousness of the situation, the journalist writes. But won trump and now he has to decide how to respond to the Russian concept.