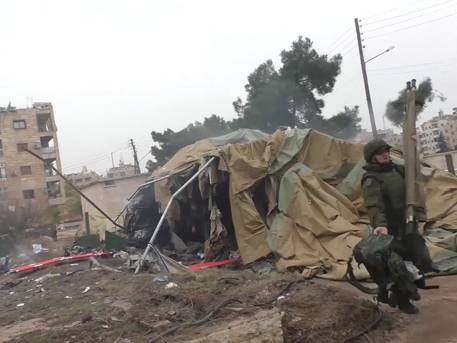 Two dead bodies in Aleppo in the shelling of medical workers sent from Moscow to Khabarovsk on Thursday, then they will move to Birobidzhan, reports RIA Novosti.

“Presumably, tomorrow in Khabarovsk, flooding the Board with bodies, and from there they will be transported to Birobidzhan. The funeral, according to preliminary data, will take place one day” — have informed Agency in the press-service of the Khabarovsk Krai government.

5 December at the Russian hospital in Aleppo was committed mortar attack. Soldier-medic died on the spot. Two other workers were seriously injured. One of them later died.