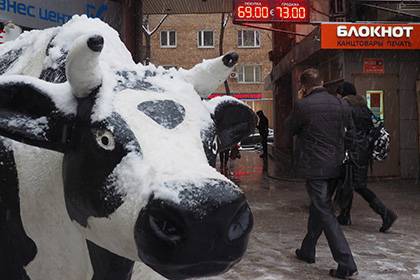 After the poisoning of a group of schoolchildren from Kaliningrad to Moscow have closed one of the cafe chain “mu-Mu”. On Wednesday, December 7, RIA Novosti reported in the CPS.

“In connection with the identified violations carried out all the necessary arrangements for all addresses where ate the children in Moscow, accordingly, taken the necessary measures”, — told the Agency.

Suspended cafes “mu-Mu” on Nakhimovsky Prospekt, all materials submitted in Cheremushkinsky district court. Violations identified in the school network on Prospekt Mira. Legal person and officials are brought to administrative responsibility. In addition, two employees of a café in the Small Gnezdnikovsky pereulok identified a second genotype of norovirus — infectious disease, occurring with symptoms of poisoning. They were brought to justice.

Earlier the court for 90 days dining room was closed the hotel on Mosfilmovskaya street where children lived.

On the night of December 3 in Smolensk was taken off the train and was hospitalized 16 students who returned to Kaliningrad after the tour in Moscow. Adolescents aged 11 to 17 years were taken to the infectious Department of a hospital in the city. They showed signs of acute intestinal infection. The only part of the group was 79 people.