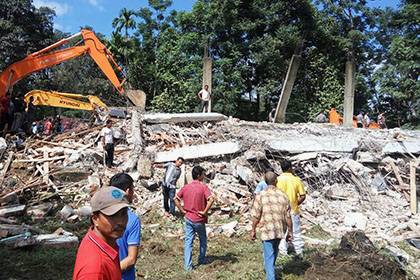 The consequences of the earthquake in Indonesia

The death toll in the earthquake near Sumatra had risen to 54. Reported by the Associated Press.

The largest number of victims falls in the County of Pitija in Aceh, located in the vicinity of the epicenter. There are 52 people were killed, two more — in the district of Bireun. More than 70 people were seriously injured.

Some buildings collapsed under the rubble can be people. At the emergency sent rescuers with heavy machinery.