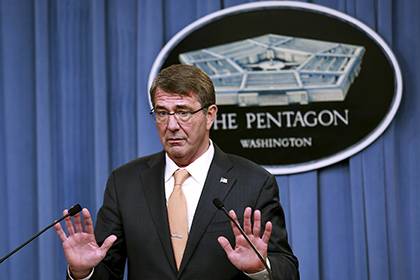 The Pentagon probably decided to get rid of the report with the audit results, which revealed 125 billion dollars of unjustified spending. On Tuesday, 6 December, reports The Washington Post, citing interviews and confidential documents placed at the disposal of edition.

According to the publication, in January 2015 a report was prepared, in which the defense Department has offered the “easiest way” to save 125 billion over five years. He did not include dismissal of employees or sending the military into the reserves assumed only the optimisation of the administrative structures: for example, sending servants early retirement, the rejection of costly projects with external contractors and greater use of information technology.

The audit revealed that American taxpayers had more than one million workers in support functions, which are hardly beneficial to the troops.

The leadership of the defense Department nevertheless decided to classify the sources referenced in the report, and the expert opinion was removed from the website of the Ministry of defence: as reported by the WP, the high military officials were afraid of a sharp reduction in funding.

The publication notes that the use of these data will President-elect Donald trump: during the election campaign he promised to put into operation a significant number of new units by optimizing the cost of non-combat personnel.