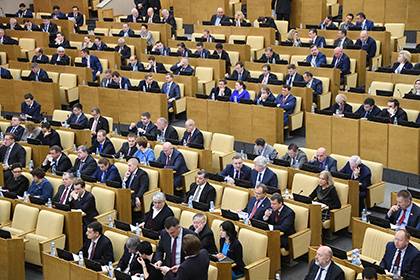 The Chairman of the party “For justice” Vladimir Ponomarenko has criticized the Duma’s decision to increase funding for parliamentary parties. On Tuesday, December 6, the correspondent “reports Tapes.ru”.

“[The state Duma] took the decision to raise the cost of votes from 110 to 152 rubles, while in hard time, we should probably pursed and deputies, and the more parties”, — said Ponomarenko reporters following the meeting, representatives of non-parliamentary parties with the leadership of the lower house of Parliament.

He invited the deputies to refuse budget money and to become self-supporting. “You are considered parties-one million. Let each member of your party will pay 100 rubles, and you will be financing,” — said Ponomarenko.

Parliamentarians, he said, did not support either the idea or trade-offs: to reduce budget financing, or at least leave it unchanged.

Vice-speaker of the Duma Alexander Zhukov, in turn, in the course of the meeting invited representatives of non-parliamentary parties at plenary session on 9 December, which will consider in the third reading the draft Federal budget for 2017-2019.

The state Duma adopted a bill to increase state funding of political parties on 2 December. The value of votes will rise from 110 to 152 rubles.

Political parties receive a fixed sum from the state budget for every vote cast in their support in the elections to the state Duma. Money from the budget can claim political associations that have overcome the three-percent threshold in the voting.