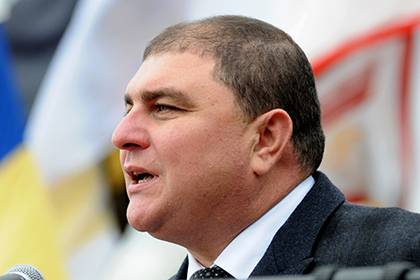 The Governor of Orel region Vadim Potomsky called on the eagle to look at the bench, the design of which has caused discontent of the citizens. About it reports the Internet-the edition “the Oryol news” Monday, December 5.

The bench was installed a few days ago on Lenin street, where residents had questions for the lateral supports in the form of an eagle, spread wing, the site notes. “The eagle is similar to the symbolism of the Third Reich. The eagle may look different, but for me personally, it causes rejection,” said the head of the region, noting that the bench is better to remove.

In October, the monument to Ivan the terrible in the eagle wearing the bag. Vandal was a resident of Yaroslavl, the police gave him a ticket.

In July, Vadim Potomsky has made a resonant statement about what Ivan the terrible did not kill his son. Facts about the king, in his opinion, been deliberately distorted.

The emblem of the Third Reich was the Imperial eagle, a stylised image of a black bird, holding in the paws an oak wreath with a swastika in the center.