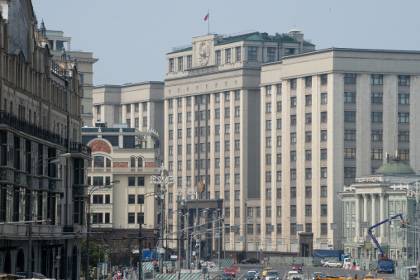 The Chairman of the Committee on transport and construction of the state Duma Evgeny Moskvichev said “the Tape.ru” on the need to toughen penalties for violations in the transportation of children, resulting in casualties.

“We look again, and think about administrative or criminal liability of those who organize these trips,” he said. The MP believes that the answer to the fullest extent should not only drivers.

Moskvichev said that the causes of the accident under the Khanty-Mansi and other such accidents are “irresponsibility, negligence and insensibility”.

“The country introduced the concept of school buses. I did everything right. 24 thousand such buses purchased in all of Russia. That’s enough,” said the Deputy. However, the organizers of the traffic, he said, continue to look for low-cost carriers, “not for five rubles, but three”.

4 Dec at Khanty-Mansiysk bus, which went to a children’s sports team acrobatics from Nefteyugansk, collided with a truck. Killing 12 people, including 11 children. Criminal case is brought. To assist two dozens of people hospitalized in the County hospital, flew a team of doctors from the capital. Condolences to the relatives of the victims expressed the President of Russia Vladimir Putin.